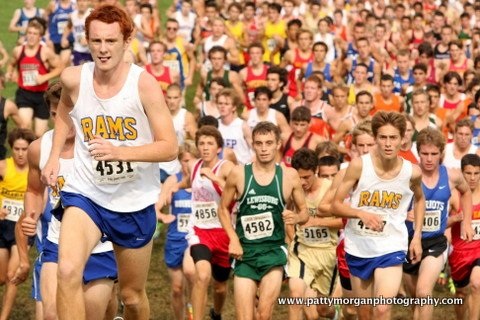 Three Virginia schools in James Robinson, North Stafford, and West Potomac traveled up to Lehigh University in Bethlehem, Pennsylvania to compete against many of that state's best teams as well as watch some top collegiate action at the Paul Short Run. The Robinson squad enjoyed a lot of success at the meet with their boys' squad, ranked #7 in Virginia, beating some of the top tier teams in Pennsylvania with a runner-up team showing. Meanwhile, Robinson's top girl in Macey Schweikert did not run, but her teammate Lauren Berman shined in her absence to finish runner-up individually with a 5K personal best time of 18:22 for the VA #15 ranked sophomore Berman.

The Robinson boys were well packed on Friday afternoon at Lehigh with only 27 seconds separating their top five runners John Tolbert (16:36), Luke Sharkey (16:39), Patrick Myers (16:47), Leif Van Acker (16:48), and Dustin Jutras (17:03). With a final team score of 173 points, Robinson only trailed behind PA #6 ranked West Chester East (152 pts). It was an even more impressive showing for James Robinson since they ran without arguably their top runner in Nathan Schulte, but sophomore Patrick Myers stepped up to PR by 1 minute and 22 seconds as the team's #3 finisher. With Schulte back in the lineup and the improvements made by Myers, the Robinson boys could pose more of a threat to Chantilly within the Northern Region and certainly become a Group AAA state podium top 3 contending squad. 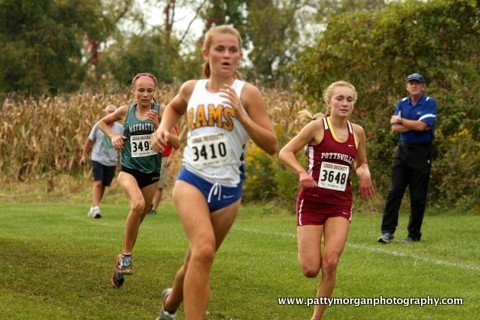 After a strong outdoor season as freshmen to qualify for state competition in the 3200 meter run outdoors (11:17 PR), Lauren Berman has only continued to develop as a runner this fall as a freshmen. Earlier in the season, Berman was a runner-up behind her teammate Macey Schweikert at the Blue Demon Invitational. Berman was again a runner-up on Friday, but in a much bigger and competitive meet at Paul Short Run and without her training partner Schweikert out in front guiding her on the course. This is really Berman's first full cross country season after her freshmen season ending prematurely after the Monroe Parker Invitational last fall due to injury, but she raced like an experienced veteran at Paul Short in running off the chase pack formed behind race winner Mady Clahane of Cumberland Valley (PA) and striking at the right time at the end to kick her way to a runner-up finish and 5K personal best at 18:22.

The West Potomac girls (12th, 432 pts) finished ahead of the Schweikert-less Robinson girls (17th, 513 pts), but were likely expecting to finish well inside the top 10 at Paul Short. The VA #10 ranked West Potomac girls were unable to get a runner to penetrate within the top 50 of the field with Katie Genuario as the team's first finisher in 55th place at 19:59 to push them back into the team standings. A team which finished high up in the team standings, but in the unseeded "white" race were the girls from North Stafford, who had top 25 individual finishes from Erin Quinn (20:46) and Brittany McGraw (20:54), to help them take second in the team standings with 195 points.