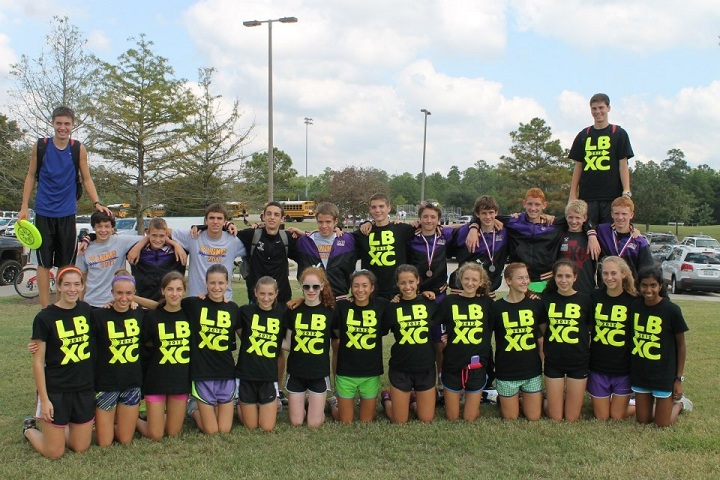 The Lake Braddock cross country squad makes an annual of-of-state trip for a meet and typically tries a new travel meet each year. This year's team made the trip to Texas this past weekend for the Nike South Invitational to face off against some of the better runners from that state who are previewing their Nike Cross Nationals regional course. The nationally ranked Lake Braddock girls proved themselves worthy of their national ranking with a runner-up finish behind only Southlake Carroll of Texas (55 pts). With a team score of 71 points, Lake Braddock averaged 18:41 as a team on the Bear Branch Park 5K course in The Woodlands, Texas. Leading the Lady Bruins way out in front was Foot Locker All-American Sophie Chase who followed up her sub 18 minute run at Maymont last weekend with a state leading 5K time at Nike South with a 14 second victory in 17:40.

Lake Braddock was impressively able to insert three girls inside a very competitive top 10 at Nike South with Chase, Hannah Christen (6th, 18:10), and Katie Roche (10th, 18:26). Roche has really turned it on this fall and lived up her freshmen year promise when there was not much separation early on between her and Christen. She has become a difference maker this season and could be a big part in adding another state team title to the storied Lake Braddock program. Rounding out the top five for the Lake Braddock girls were Katy Kunc (24th, 19:11) and Misha Suresh (39th, 19:59). The only area that Lake Braddock really needs to improve come championship season is the over 2 minute gap which exists from their #1 and #5 runners.

The Lake Braddock boys were 10th among 15 teams in the elite division race, while senior Nick Tuck was 8th individually with a time of 15:30. There is a very small gap of time separating the first 8 finishers with the race winner Brigham Hedges of The Woodlands clocking in at 15:18.. Tuck was just coming off a great second place finish at Maymont to a US top 5 ranked runner in Jacob Burcham and in Texas ran a season best 5K time, but would have liked to challenge his personal best of 15:24 from Foot Locker South on a flat course this past weekend. Tuck is an outside hopeful to qualify for Foot Locker Nationals later this season.