Michael Cherry, Carolyn Bethel, and the Forest Park boys 4x200 meter relay lead a small group of Virginia preps who will be competing this weekend in the high school portion of the New Balance Collegiate Games at the New York Armory in New York City. 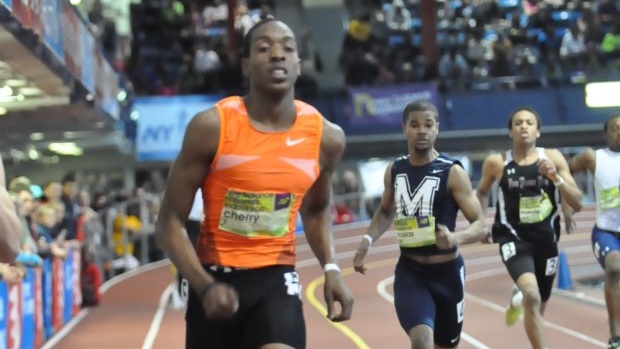 Cherry returns to the New York Armory for the second time this season on the same track which he set the US high school junior class indoor 400 meter dash record (46.88) at last year's New Balance Indoor Nationals. Cherry currently leads the nation in the 500 meter dash at 1:03.84 and ranked second in the US at 400 (48.08) and 300 meters (34.10). This weekend, Cherry steps up to the higher end of his range as he competes in the invitational 600 meter run which features the top three runners in the United States this indoor season and another quality opponent from Canada in Mathieu Sturkenboom. Cherry has the range to run a fast 600 as the defending New Balance Outdoor Nationals 400 meter champ has ran on numerous 4x800 meter relay legs and posted an open 800 meter time of 1:55.88 last summer. Cherry could also seriously challenge the Virginia high school state 600 meter record, which is rarely contested in Virginia, but stands at 1:21.90 from a 2008 race by Woodside's Brandon Burton at the Bishop Loughlin Games. The national record stands at 1:17.58 by Strymar Livingston of New York in 2012. 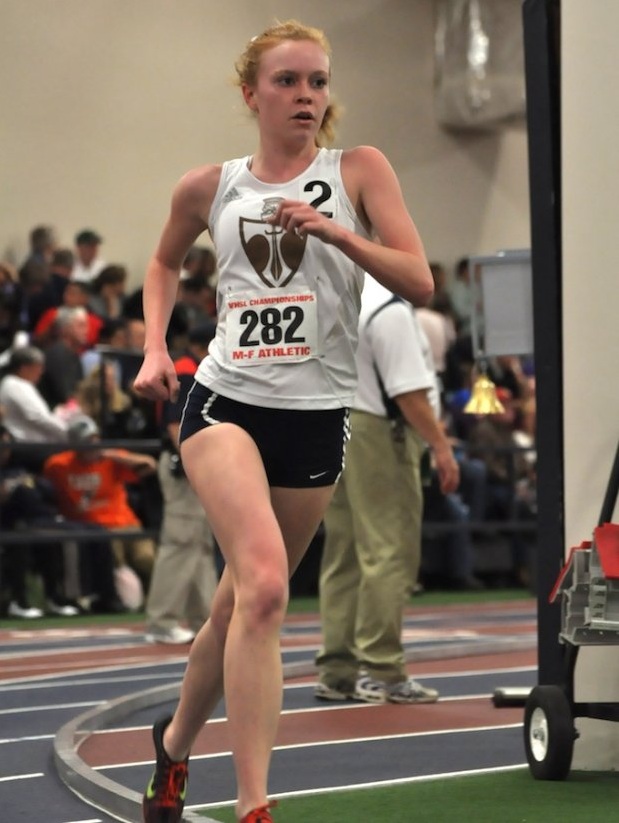 The Forest Park boys have a chance to make some state history themselves. Their 4x200 meter relay is currently ranked #2 in the United States with a VA #20 all-time 1:29.85 performance on a flat track at Boo Williams Sportsplex earlier this month. Their quartet has also ran 1:28.17 outdoors this season and one would expect them to be able to improve a second or two on the faster banked track at the Armory from their 1:29.85 indoor season best. Forest Park tuned up for this invitational race in speedy fashion this past Tuesday at the Cardinal District Championships with their top sprinter in defending Group AAA state indoor 55 meter and outdoor 100 meter dash champion Mustaqeem Williams clocking times of 6.09 in the 55 meter dash and 33.89 in the 300 meter dash at their district meet held outdoors. His 55 meter dash time was only a hundredth off the indoor high school national record of 6.08 set by Florida's Marvin Bracy last year. His teammates Joshua Washington and Ricky Morgan were also impressive with their district meet times as Washington doubled with Williams in the 55 (6.39) and 300 (34.90). Meanwhile, Morgan won the 500 meter dash in the state's second fastest 500 meter time of the season behind only US leader Cherry with a 1:04.30 victory.

In the junior girls 1000 meter race slated for 6 PM on Friday, 3 of the 11 runners in the field will be from the state of Virginia between Hidden Valley senior Carolyn Bethel, Lake Braddock junior Katie Roche, and Battlefield junior Ellison Grove. Bethel will be in excellent position to challenge for the win as the current US #2 performer with her VA #13 all-time time of 2:52.46 from the Liberty Elite Meet. Bethel could press for a sub 2:50 time and join a select few of past Virginia girls to have ever run as fast in the event. Roche is emerging as the Group AAA state title favorite as the Braddock junior is ranked among the top 10 in the United States with her 2:56.32 run at Boo Williams two weeks ago. Roche could take down her teammate Sophie Chase's 1000 meter school record time of 2:55.96 this weekend at the Armory. Battlefield's Ellie Grove is looking to join the sub 3 minute club in the 1000 meter run on Friday as her PR currently sits at 3:01.93, but is capable of a much faster time based off her 800 meter best of 2:10.74 after focusing on the 500 meter dash in prior indoor seasons.