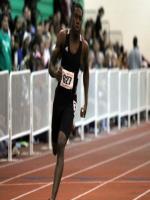 MileStat.com's Recruit Rankings (Class of 2011) - Sprin...
He is from the Bahamas, but Liberty Christian Academy senior Demitri Knowles has certainly opened some doors for him to be recruited well by U.S. college track coaches with his high school career at t...
Top 10 Performances of the Week...
Photo by Matt Shatkus   MileStat.com will start ranking on a weekly basis the top 10 performances from the previous week. The first edition will include performances from the last week of winte...
Boo Williams Winter Break Invite:5 US #1's and several ...
A total of five US #1's, numerous US top 10 performances, and several flat track US #1's were produced at the two-day Boo Williams Winter Break Invitational on Wednesday and Thursday in Hampton. I...
Athlete Spotlight: Walter Mitchell...
Salem's Walter Mitchell has consistently been one of the state's fastest sprinters in his class for years dating back to middle school years including an AAU national title in the youth boys 400 ba...
Athlete Spotlight: Roderque Gray...
Brooke Point junior Roderque Gray (pictured right by Ryan Kelly) is one of the state's top returnees in the 100 and 200 meter dash based off his times last summer in age group club meet competition....
VA High School Boys Indoor Top 10 Elite Performances (2...
The current top 10 best boys performances in the 2009-2010 indoor season prior to this weekend's VHSL State Championships in Hampton (Group AAA) and Lynchburg (Group AA)....
13 US Top 10 Performances on Friday at CNU...
There was a total of 13 US top 10 performances on the first day of events at the CNU High School held Friday at the Freeman Center's Vince Brown Track in Newport News. The Midlothian girls 4x800 meter...