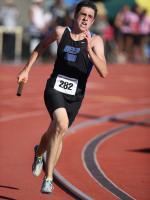 Coaching State Champions: Drew Spicer (Deep Run)...
A lot of coaches have to wait decades to have their first state champion team and some can coach ages yet never experience what is it like to have the best team in the state for their classification. ...

Top 10 Boys XC Team Rankings Per Classification (9/17)...
The Stone Bridge boys have been the top performer team so far this season in the 5A classification including a recent win at the Loudoun County Championships against 5A top 10 ranked squads Broad Run ...

Preseason XC Tour Stop #17 Preview - Deep Run...
Tomorrow will be XC practice stop #17 on our statewide tour as we visit the Deep Run squad in the Short Pump area of Richmond. Their boys team expects to be one of the better squads in the new 5A clas...
Central Region (& District) Virtual Meet Rankings...
Virtual meet rankings (top 7 scoring per event & team scores) for the Central Region as well as the four districts within the region: Central, Capital, Colonial, and Dominion. Defending regional team ...