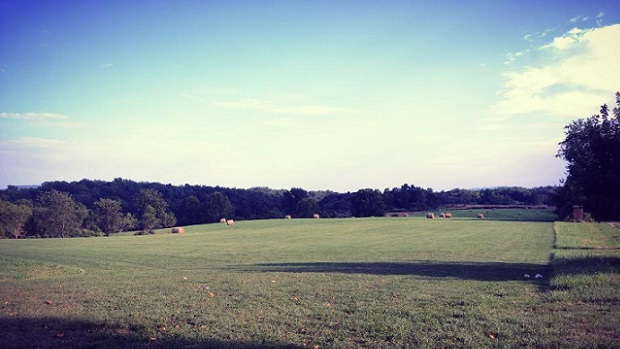 MileStat.com will be on-site today covering the Ragged Mountain Cup at Panorama Farms outside of Charlottesville. The Cup is the annual season opener for Charlottesville area schools with a 4x2 mile relay format for team's varsity runners (5 PM start time) followed by an open 2 mile race (6:15 PM start time) to follow for the remaining runners on the teams.

St. Anne's-Belfield School sophomore Madison Hunter has the fastest returnee from the 2012 Ragged Mountain Cup among the girls at 12:27 followed by Fluvanna County senior Nicki Douma (12:53), Fluvanna junior Devon Burger (12:55), Western Albemarle junior Annie Taylor (13:14), and Monticello junior Isabelle Hermsmeier (13:20). Western Albemarle's Taylor may be the 4th fastest returnee from last year's Cup but is expected to be the fastest on Tuesday after running just over 11 minutes for 3200 meters this past outdoor track season and running well into the 12 minute range on the same 2 mile loop at Panorama Farms last week in a team time trial while running in the trainers in wet conditions. 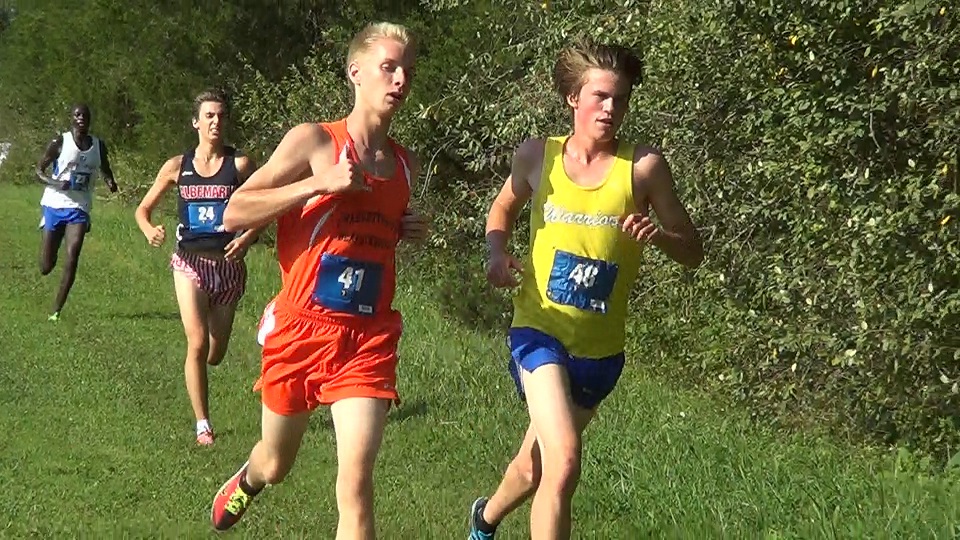 Despite competing in his first cross country race, Western Albemarle sophomore Gannon Willcutts was able to pull away from a talented and experienced pack of first leg runners at the Ragged Mountain Cup to give his team the lead to start with a swift 10:19 openeg leg split on the 2 mile course at Panorama Farms. It was a no brainer for Willcutts to go out for cross country after running 4:30 in the spring as a freshmen in the 1600 meter run. Willcutts was certainly pressed to a great split by Charlottesville's Riley Covert (10:27) and Albemarle's Zach Gentry (10:28) until the final straightaway when the Western Albemarle sophomore shifted gears and created separation. 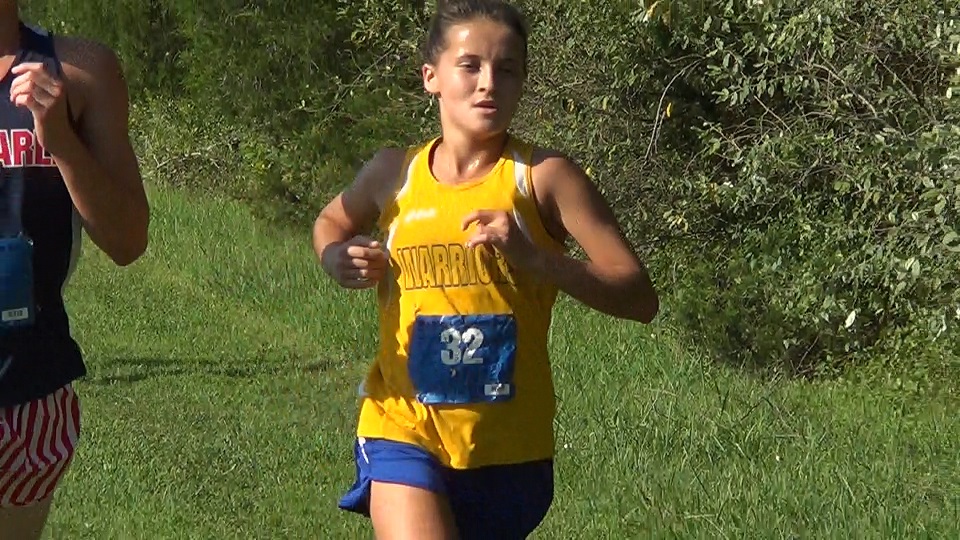 Western Albemarle's Annie Taylor got the opportunity to race against the top female individual runners in her area between Fluvanna's Nicole Douma and St. Anne's-Belfield School's Madison Hunter on Tuesday with all three running as the lead-off leg for their school's 4x2 mile relays at the Cup. At last year's Cup, Taylor was over 13 minutes and well off both Hunter and Douma's pace and splits. After a strong spring season, Taylor ended up being the fastest of the trio racing head to head with a 12:14 split. Douma, who played lacrosse in the spring, also ran strong as she finished just 3 seconds behind her former Jefferson District rival with a 12:17 split. 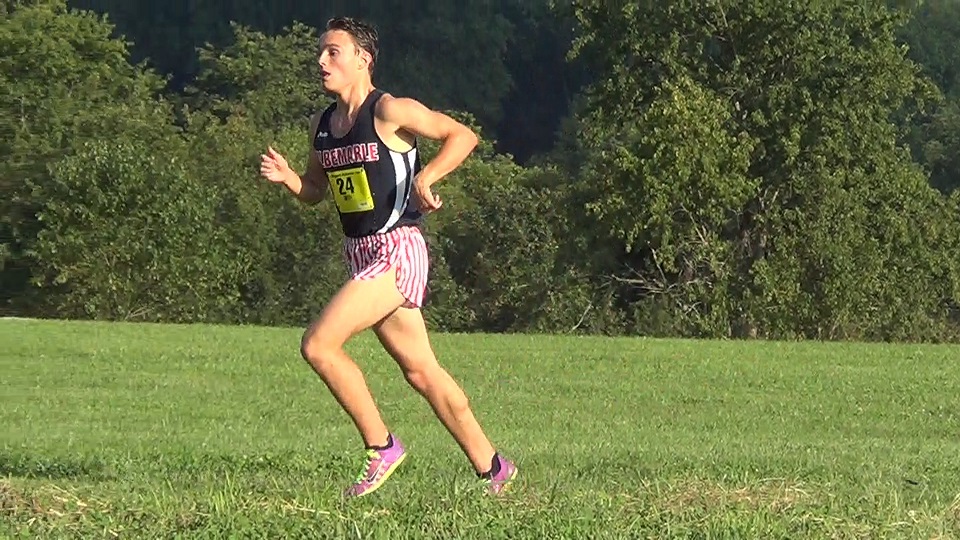 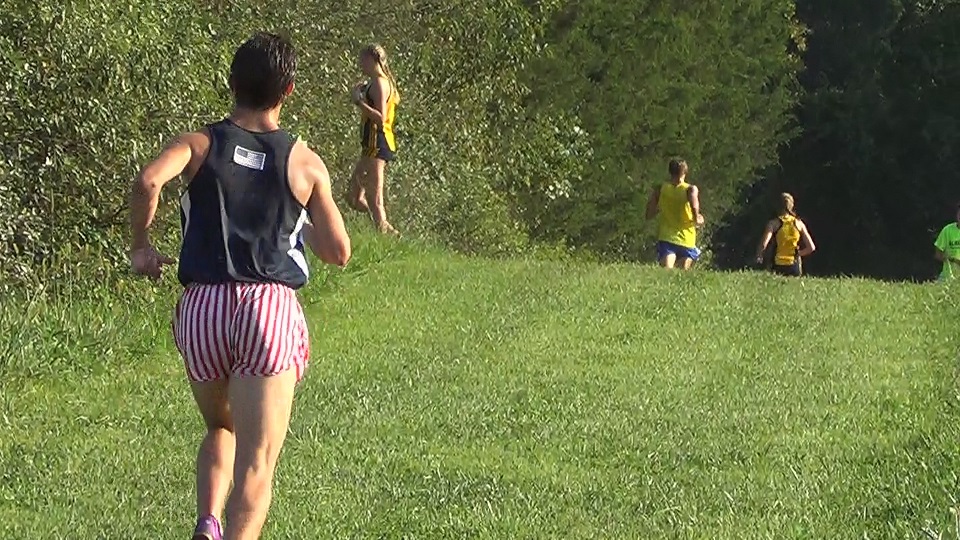 Albemarle senior Ryan Thomas had to wait a grueling 38 seconds after Western Albemarle anchor leg Andrew De Jong took off before Thomas was finally allowed to give chase when his team's #3 leg came through the finish. With a 4:52 first mile split, Thomas made up considerable ground on De Jong with 800 meters to go to put him in sight for a potential remarkable comeback victory. 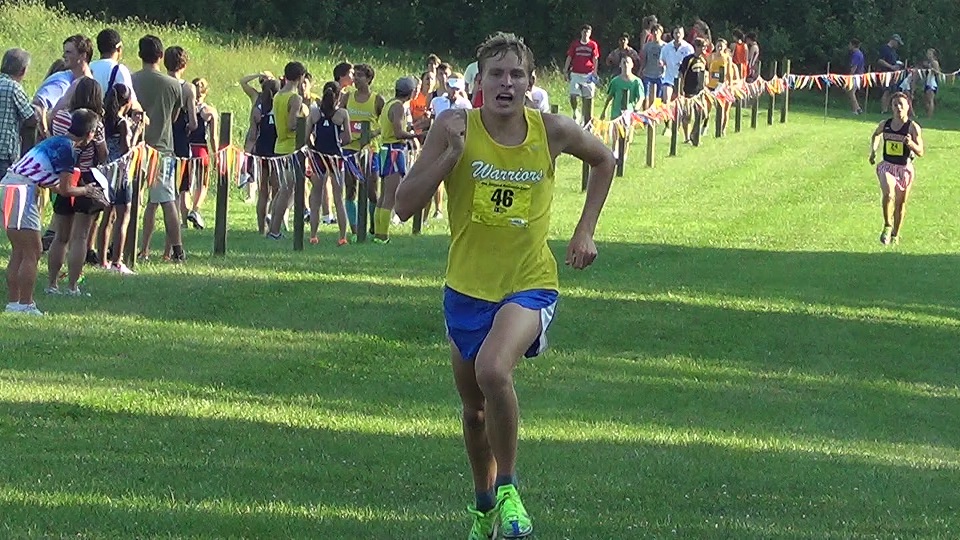 Despite making up 19 seconds with the fastest split of the day at 10:14, Ryan Thomas ran out of real estate at Panorama Farms to reel in Western Albemarle's De Jong, who split a solid time of 10:33 to give his team the temporary bragging rights of Charlottesville with their final time victory of 42:56 (10:44 2 mile average per leg). The Albemarle boys anchored by Thomas finished as runners-up with a time of 43:14 (10:48 average), while the "B" squad of Western Albemarle finished ahead of the remaining "A" squads of other schools in third place at 45:13. 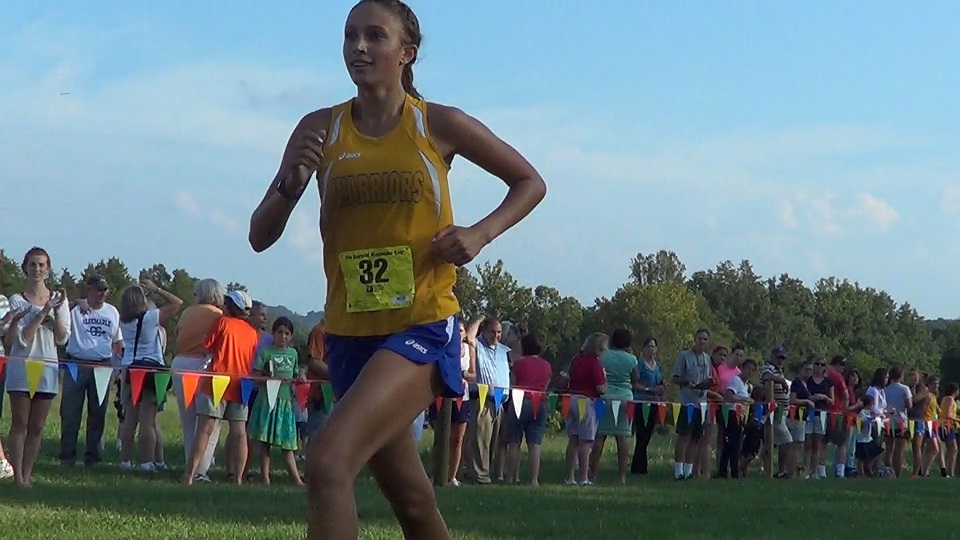 The Western Albemarle boys have an impactful first-time cross country runner as do the Western Albemarle girls in former field hockey player Chance Masloff, who anchored her team who never lost the lead and only grew the margin after Annie Taylor's leadoff leg. The Western Albemarle girls had 5 girls after Taylor in the mid 13 minute range with their splits between their two varsity relays in freshmen Averi Witt (13:20), Masloff (13:21), Sarah Grupp (13:34), Annie Lorenzoni (13:45), and Alice DuCharme (13:47). Total time for the "A" team relay with Taylor, Witt, DuCharme, and Masloff added up to 52:42, which placed them over 2 minutes ahead of the runners-up from Albemarle (54:59).