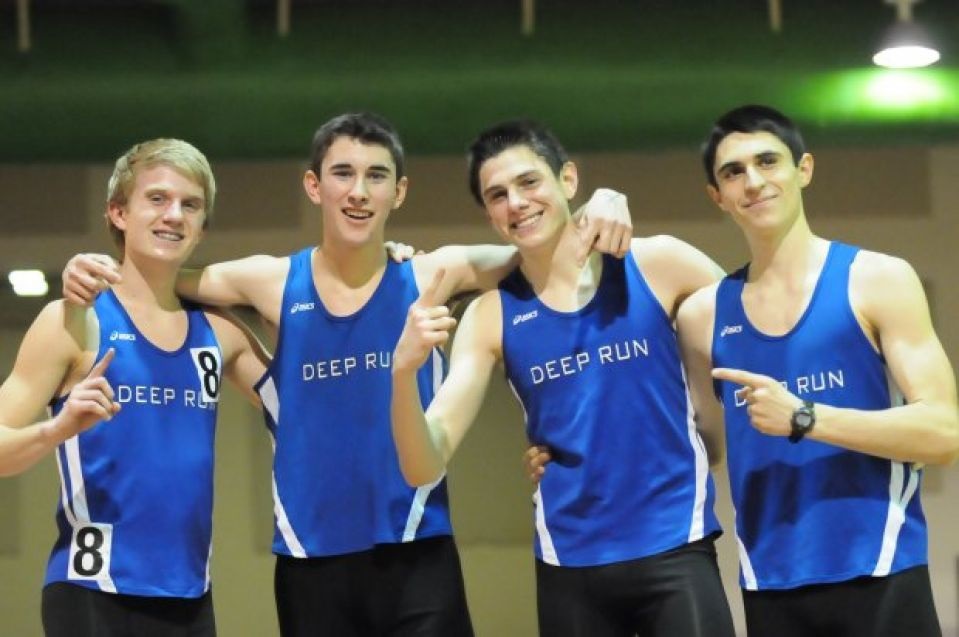 Novak has been one of the state's bright young underclassmen distance runners for the past two years and nearly won the Group AAA state 1600 meter state title this spring (was disqualified due to a lane drift judgemental call by official). He enters his junior year hungry for a state championship in cross country or track after being only fractions of a second away from a title this past June. Reid is the big X factor for the Deep Run boys as he was the team's #1 runner for the first half of last fall including scoring a major invitational win at William & Mary before suffering a stress fracture. Injury issues have plagued him for much of his high school career, but when healthy has shown himself to be a gifted runner. Reid's health could make or break Deep Run from being a state champion squad to not even sniffing the podium this season. Varon has made dramatic improvements since his freshmen year when he started out running over 22 minutes for 5K and over 12 minutes for the 3200 and steadily risen to become a state individual qualifier last year as a junior in both indoor and outdoor at 3200 meters to dip under 9:30 in the event.

However, the big question for this fall for the Deep Run boys and what we will be looking for a sign of at the team's practice is if they will put a decent enough #4 or #5 behind Novak, Reid, and Varon to be able to compete for the 5A state this fall? Brandon von Kannewurff ran with the same talent trio on their Central Region indoor champion 4x800 last year and has ran 4:34 in the 1600, 10:07 in the 3200, and 16:59 for 5K...to be a solid potential #4, but who is next after him for the #5 spot?

Meanwhile, the Deep Run girls are one of many former Central Region programs which look to benefit from the re-classification system that currently sets up in cross country for weaker South regions than North Regions in the larger classifications (4A-6A). A team which formerly had to fight just to crack the top 4 and advance out of the Capital District Meet with the likes of Maggie Walker, Mills Godwin, and Douglas Freeman could see itself potentially advance to the state meet as one of the 6 teams from the 5A South Region with a returning top 5 averaging in the mid 20 minute range.

Find out more on the Deep Run cross country teams tomorrow night after our team visit on Wednesday as well as see all 16 of our previous stops on our XC practice tour below!