Just when we thought Virginia couldn't do any better at the 2015 Penn Relays Andrew Hunter (Loudoun Valley) took the track in the Mile. Not only did he take the track but he took the country by storm and elevated himself to the level of Matthew Centrowitz when he was also a high school runner. Drew became just the second ever, joining Centro, to win the 3k and Mile at Penn Relays but Drew did it a year quicker! Drew won the race in 4:07 in a race that opened in 61 then 62 then a 61 last quarter. He made his decisive move with 300m to go and taught us all how you're supposed to run a Mile.

Matthew Novak (Deep Run) was 6th in 4:12.91 and ran a stellar race actually leading with two laps to go. He put himself in great position the entire way and would have benefited much more of a later kicking race.

On the field individually Virginia had Grant Voeks (Potomac School) launch a 4th place 176-4 throw out on the throwing fields. He was the only Virginian in the field events to place inside the top five today and will hopefully be joined by some others tomorrow with the jumps and vaults. 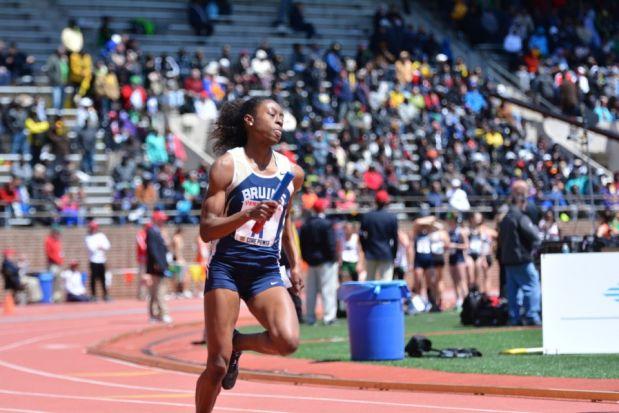 In the relay races on the day Virginia had an amazing showing highlighted by Western Branch and Nansemond River doing work and bringing war. Western Branch finished an impressive second in the girls 4x800 COA in 9:07.71 and were later joined by Nansemond who finished in third in the 4x400 in 3:43.03. Both of these teams had monstrous duos that led them to these finishes, both of which were tops for all American finishers.

In the 4x400 Nansemond had Kara Lyles split a monster 53.8 and also had Syiara Richardson stepping up big and splitting a 54.87. These two legs were joined by Western Branch's Faith Ross going 2:11 and Amanda Thomas going 2:07 in the 4x800.

In the only other COA race on the day the Lake Braddock Boys finished a strong fifth place in the distance medley at a time of 10:13.41, just 1.3 seconds away from winning! Keep an eye on them as they are only going to get healthier and faster by the time NBNO arrives. 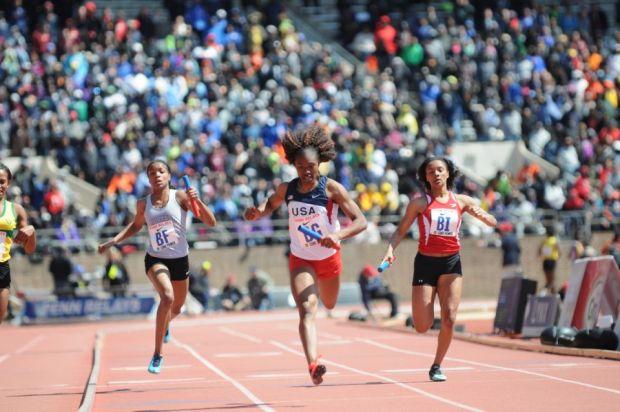 Nansemond River also went to work in some other relays including the Girls Small Schools Championship where Brandee' Johnson walked down the field on her anchor leg to take home the 'W' in 47.72. 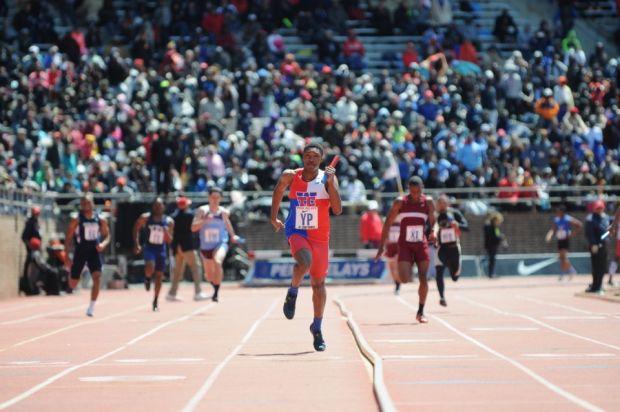 In the qualifying rounds of the boys' competition Virginia advanced one of the three American finalists in the boys 4x100s with T.C. Williams blazing a 41.71 to give them the fifth seed and lane 5 tomorrow in the COA final. That means they will be right next to their Jamaican favorites in lane 6. For those wondering, Noah ran second with Josephus anchoring and it will be interesting to see if that order holds up tomorrow as well.

Just missing qualifying for the COA finals were Phoebus' boys 4x100 and Oakton's boys 4x800. Phoebus blazed a 42.58 to finish ranked 10th after qualifying with 9 advancing to the final. They will however have the preferred lane 6 in the small schools consolation race Saturday. Oakton on the other hand ran 8:01.66 to finish ranked 14th with 12 advancing. Isaac Mills had their fastest split while running 1:58.38 in the very windy cold morning session.

All and all Friday was another very successful day for Virginia and brings Virginia's total wins to three championships (Girls DMR, Girls 3K, Boys Mile) and a very impressive record of having the fastest American team finish in 3/5 COA races. The only two we did not have that distinction were the boys DMR where LB finished in 5th by just 1.3 seconds and the girls 4x100 where Nansemond won the small schools race.

Looking forward to Saturday we can expect a few things including T.C. Williams running a monster time in the 4x400 and hopefully placing well in the premier 4x100 of this decade. The real question is though who will be the next big star for Virginia to step up on this big Philadelphia stage and bring home some hardware?