Things are already getting heated and we are just started here with cross country for the 2015 season in Virginia! The Great Meadow Invitational on Saturday served as the first major invitational of the year in the state gathering 50 schools and over 1,800 runners entered.

Hortonville High School was once again in attendance making the long trip from Wisconsin as their head coach Kevin Sours makes the annual trip to bring his current school back to his former home state of Virginia (former Manchester High School head coach). 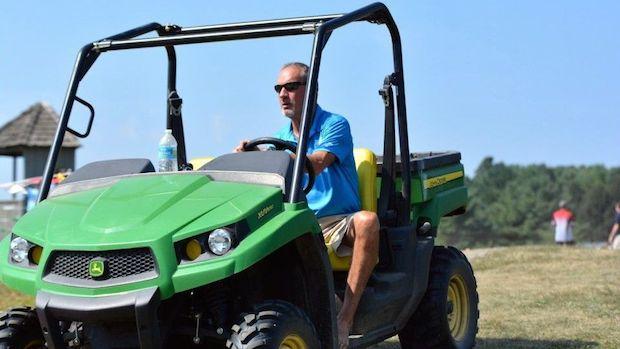 Another well done event put on by meet director Dave Davis and his crew of officials and parent volunteers at the home of the VHSL State Cross Country Championships in The Plains, Virginia.

While the state's top ranked programs and biggest names were absent from this weekend's race, others seized the opportunity to make names for themselves and show themselves as legitimate contenders to be reckoned with this fall. 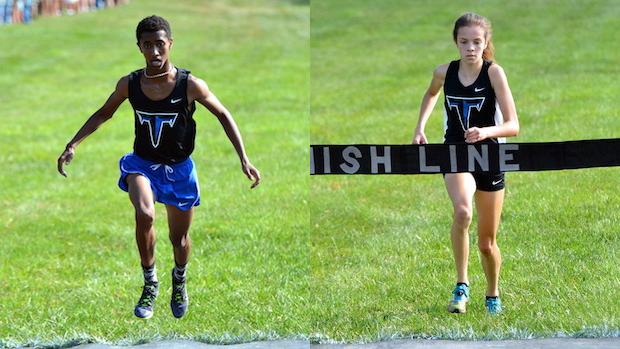 How about the Tuscarora program's rise in only a few short years of the school's existence to have two individual champions in a big invitational with Fitsum Seyoum winning the boys race in a 15:46 PR, while sophomore Emma Wolcott picking up where she left from a strong freshmen year as the only girl under 19 minutes on the day in a 18:53 victory.

Lots of buzz coming out of the winner in the JV freshmen/sophomore boys race with Jacob Hunter, younger brother of the nation's top returning distance runner Drew Hunter, winning his very first high school cross country race in a time that was 1 minute and 42 seconds faster than Drew's race on the very same course and meet for his first high school race in 2012.

Thomas Jefferson boys look every bit like the favorites to compete for the 5A state title this fall putting nearly 5 guys under 17 minutes in a resounding team win at Great Meadow. The same place that they would like to be first at come November.

Despite taking several major losses due to graduation including Erin Saunders, Alyssa Shupe and Abby May, the defending 4A state champion Jefferson Forest girls are still able to maintain another formidable lineup to open with a 15 point win at the Great Meadow Invite.

Check out our coverage from each race of the 2015 Great Meadow Invitational below including race videos, photos, and results.