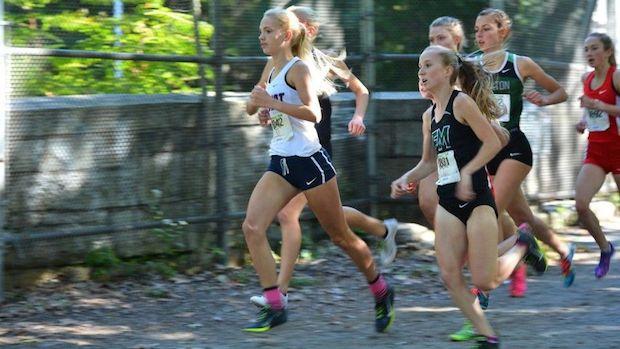 In her first major race of the 2015 cross country season (beyond her smoking 7:43 split for her 2.5K anchor leg at the RVA Relays), defending 6A state cross country champion Rachel McArthur of Patriot finished fourth in the Eastern States Championship race at the Manhattan Invitational with a time of 14:10.60. Okay, so what does that performance actually mean?

Well first let's put the significance of the meet in perspective. The Manhattan Invitational is considered to be one of the nation's best and largest high school cross country invitationals. The Northeast and New York in particular have historically been one of the most competitive and deepest regions as well as states (NY) for high school girls cross country, so this event on the historic Van Cortlandt Park 2.5 mile course in Yonkers every year in its 43rd years of existence makes it annually the "must attend" event of the elite distance runners on the East Coast. Placing well or winning in this event is quite an achievement.

What is the Eastern States race? It's the best of the best at the meet. The top teams and many of the teams with the top individuals will be placed or elect to run in this specific division to really test themselves instead of being spread out in strong, but less competitive fields in the other letter varsity races. Before the creation of Nike Cross Nationals, the results of this race was one of the best ways to rank the nation's premier programs. In 2006, the Midlothian girls pulled off arguably the biggest upset and probably greatest team accomplishment by any Virginian program when they beat all the top ranked New York teams to win the Eastern States title. National champions and plenty of All-Americans come out of this meet every year. 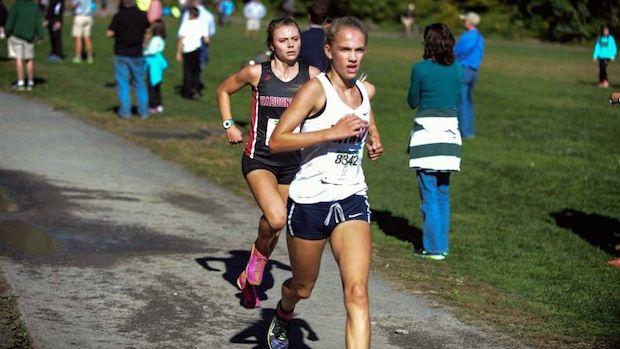 This year's Eastern States was particularly outstanding and historically all-time great for the girls individuals. The course record went down first of all with race winner, Corning's Jessica Lawson, dropping a 13:53.9 winning performance on the field. Several state course records were also set including New Jersey with Briana Gess, Maryland with Maria Coffin, and Delaware with Lydia Olivere.

No state record for Rachel McArthur at Van Cortlandt Park, but to move to VA #2 all-time on the course list behind arguably the greatest high school female distance runner from the state of Virginia in Langley great Erin Keogh states enough about how impressive McArthur's performance on Saturday was at the Manhattan Invite. Keogh had held the Van Cortlandt Park course record at 14:01.9 from 1986 until it was broken in 2004 by Nicole Blood at 13:57. The record has now been broken twice since Blood's race to move Keogh to #5 on the all-time list currently. 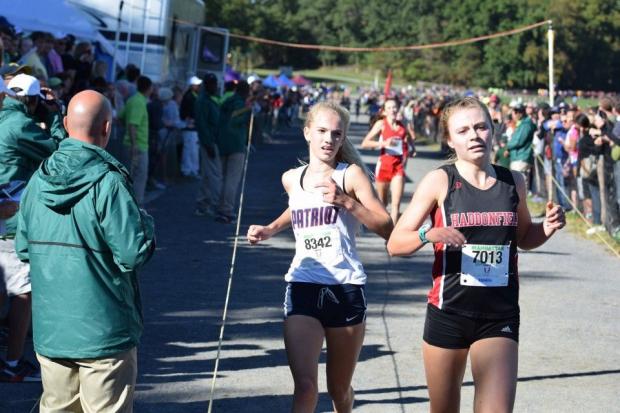 The 4:47 miler McArthur's season debut individual race now puts her 9 seconds off the two-time Foot Locker National champ Keogh and ahead of the likes of Weini Kelati (14:20.6) and Kathleen Lautzenheiser (14:27.1) among Virginians on the course's all-time list. A very encouraging performance effort from McArthur in shaking off the race rust when looking at some of the past cross country national champions and All-Americans around her on the all-time list. Does the name Mary Cain ring a bell? Yes. McArthur was just 5 seconds off the likes of Cain's fastest race at Van Cortlandt.

Speaking of Weini Kelati, McArthur is expected to be racing the 2014 Foot Locker finalist and current US top 5 ranked runner this coming weekend at the Third Battle Invitational which Kelati won last fall and McArthur took runner-up honors. A great in-state battle coming soon for two current Virginians building up their legacy chasing after past great times (likely unknowingly) of the state's all-time greats led by the likes of Erin Keogh.

Northern Region historian Pearl Watts would be glad to remind Rachel as well as her 6A North Region rival Kate Murphy at Lake Braddock that Erin Keogh ran a 16:09.7 back in 1985 to set the still standing course record at Burke Lake Park's 2.98 mile course. Do these girls wanna try and make a run for it come regionals? We'd all love to see that!