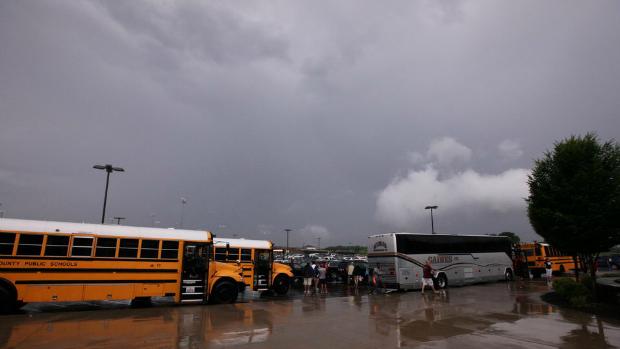 Nearly everyone in track nation's heart sank at around 6:00pm Saturday afternoon when it was announced that the VHSL Group 3A and 4A State Meets would be cancelled through all completed events.

The message conveyed to coaches at the meet was directly from the meet director and an exact reading from the VHSL handbook for what the plan of action would be in the case of weather delays that saw no foreseeable times to finish the meet. That VHSL handbook information clearly stated that if that was the case that the meet would end with the last completed event and that no team champions would be named. 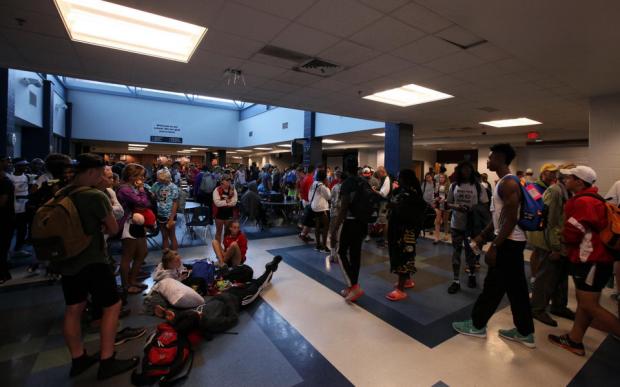 If the meet were to resume, it would ultimately be up to the VHSL one way or another. The meet director, timers, and officials at the meet did their job to insure the safety of individuals at the event. Per NFHS and USATF rules they evacuated the stadium around 2:30pm at the sight of lightning and thunder.

According to sources, it only rained very hard for a short while, but the rules are pretty clear in not allowing athletes or spectators to be exposed to dangerous conditions.

After delays for multiple hours and after checking six different weather models and forecasts it did not appear like the meet could resume Saturday. Following those rules, the meet director and officials announced that the meet would be cancelled for the day and that there were no current plans in place to get the rest of the meet in. Being that no plans were in place to resume the meet they had to say it was cancelled.

Hope @VHSL_athletics is getting the message. Quite a few unhappy athletes, coaches, and parents. #whowonstates

You cannot make any arguments against the safety of athletes and spectators but you also cannot make any claim to say it is the right thing to just cancel a meet overall. There are hundreds of options and many options for places to hold an event like this. Though it is a big task to undertake, this is about the kids and there should be no stone left unturned to make this meet happen.

This decision will be billed as one based on logistics and feasibility with graduation and other tournaments as very real constraints. This decision should be though based on the kids and what is best for them and there is no legitimate argument in favor of canceling this meet.

There are many options that should be considering including running later in the week starting with the 4A Girls 800. Logistically this would be easy considering you are talking about 342 athletes out of the 1201 athletes entered into this meet.

The VHSL has not released plans or an official statement saying they are making plan to make the rest of the meet up, and until we get official word from the VHSL we cannot make that official claim. We have heard though from reliable sources that plans are currently being drawn up to make this meet happen. Due to the timing of this horrible outcome, it is unlikely to have official word or a press release from the VHSL office until Sunday afternoon.

Editor's Note: We cannot disagree more with the current decision to just cancel the meet. This would be a complete shame for our sport and should be avoided at all costs. We also think it is a complete shame how some student-athletes are acting on social media about this matter. Though emotions are very high right now, it is unacceptable to call out individuals on twitter or threaten them. Actions like that do not help anyone's case and make our sport look bad. The best way to get this decision turned around is trying to rally together instead of tearing the very organization (VHSL) that puts this meet on apart.

Make your voice be heard!