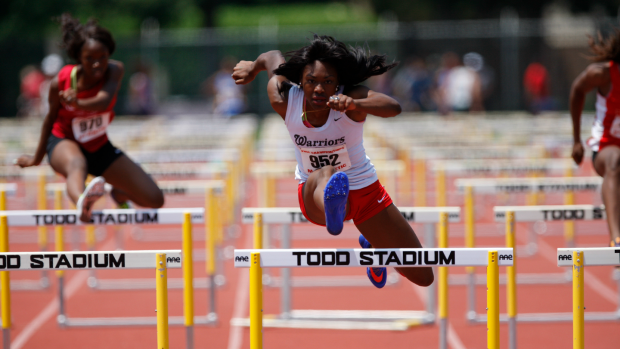 In her final race as an official member of Nansemond River, senior Brandee' Johnson put on a clinic in the hurdles rolling to two state hurdle titles and the 200m title as well. Her times were 13.60, 23.94 and a state record 40.69 in the 300H to break her former state record of 40.87.

This was quite the end to an illustrious career and she had a lot to say about this weekend and some of her favorite memories as a member of Team War.

Here is her day through twitter as it happened!

She was completely unstoppable and you gotta see it for yourself: