For the past two years the outdoor VISAA state meet has been unparalleled thanks to the multiple divisions. Splitting the large and small schools into different divisions has only made the meet more competitive, exciting, and of course close. This is once again the case as last year's champions look to regain their throne.

Heading into the meet the biggest favorite is St. Catherine's School who headlines the D1 Girls race. They also have the biggest chip on their shoulder having just barely lost the past two outdoor titles to Norfolk Academy. Thanks to Hannah Ballowe though they flipped the script and dominated indoors this year. The Saints (a common team name at VISAA) of St.Catherine's will not be giving an inch as they strive for the triple crown.

The next biggest favorite will be the Walsingham Girls who are looking for their third D2 Outdoor team title in a row! They are sprinter heavy and all day will be looking for big points. Though the won't score many in the distance events, their sprinter strength leaves them with a strong advantage as they will no doubt have the strongest 4x4 to bring things home if needed.

Now moving to the exciting and soon to be very close team competitions we have both the D1 and D2 boys races. 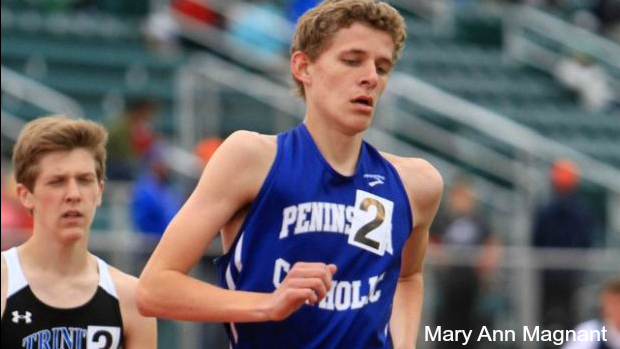 In the D2 title race it will be Peninsula Catholic looking for their third title in a row. Unlike fellow D2 Champs Walsingham, they will produce almost all of their points in the distance races. Leading them will be Troy Gustke and Andrew Via who together will look to sweep the distance races and place second in others. They will certainly need every point they can have to hold off Hampton Roads Academy who tied them last year for the team title.

Finally in the D1 title race it is going to be an exciting finish to the VISAA track season. Leading the way and attempting to reassert their dominance will be FUMA who up until a few years ago had a 20+ year winning streak. Woodberry Forest though have won the past two titles with host team Saint Christopher's falling just shy each time.

Like the girls though, Saint Christopher's has flipped the script recently and took home the indoor team title in decisive fashion. Though they have that team title under their belts, they have one goal in mind and that involves them winning the D1 team title Saturday.

Some of the big names to watch this weekend will be Harrison Rice (Saint Christopher's) Pole vaulter seeded at 15-6, Jordan Walker (St. Stephen's) long jumper seeded at 23-7.75, Eryn Carlisle (Saint Catherine's) triple jumper seeded at 37-3.75, Elby Omohundro (Saint Christopher's) only a sophomore triple jumper seeded at 45-8.5, Jess Speight (Collegiate) shot putter seeded at 54-5, Elijah Gordon (Blue Ridge School) sprint speciality with his time of 10.69 in the 100m dash, Hannah Ballowe (Saint Catherine's) multiple time state champion entering with by far the fastest 800 and 1600m times of 2:11 and 4:58, Andrew Via (Peninsula Catholic) who is seeded at 4:22 in the 1600, Nick Jean (Trinity Episcopal) who is also seeded highly in the 1600 at 4:26, and finally Ebruta Etta (FUMA) who is a 200m sprint specialist seeded at 21.97.