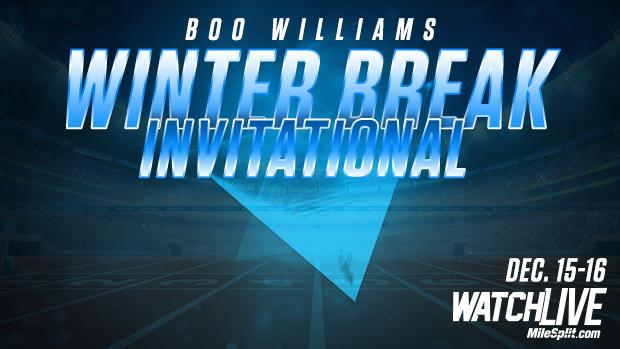 With entries just released and only a few weeks before the new year, it is time to get one last live invitational in before things get crazy. This meet, Friday and Saturday, will feature not only some great athletes but also great events as well with "off" events being contested. That means we won't be seeing the normal 3-5-1K but the 2-4-8 this weekend in hopes of allowing some quick qualifying marks for these athletes.

The biggest star entered is Nansemond River's Kori Carter, who is slated to compete in the 400m dash. She is joined on the guys side by All-American and national class record holder EJ Richardson III, who enters as the strong favorite on that side. He will also be joined by two other Bethel guys seeded at 50.00. That will be a great preview for the 5A state meet in itself.

Speaking of relay depth, Hampton looks like they are going to show some of their true colors this weekend with potentially fully loaded Shuttle Hurdle Relay squads. Last year Branch showed out but this year Hampton may be the team to beat. They boast strength, speed, and a whole lot of talented freshmen.

Western Branch though will not just go away quietly. They entered five guy hurdlers who are all seeded inside the top seven in this event and are joined in the open hurdles by freshman Na'Taja Ballard on the girls side.

In the distance events, Clint Gault (Poquoson) is looking for some bragging rights with his 1600-800 double ahead. He is entered at 4:18 in the 1600 and has the speed to go even faster. If someone can push him through six laps it should be an exciting race. In the longest event Kettle Run's Mateo Barreto will be looking to dip under that infamous 10:00 minute barrier in the 3200.

In the field events, LCA's Gracie Jauch will look for some high performances in the pole vault and Highland Springs' Ben Clay III will be looking more for distance with his 52-6 leading seed in the shot. Finally, it will be Jahnelle Saunders in the high jump, long jump, and 55mH triple looking for some impressive marks as well.

The highlight of the meet though very well could be the mixed 4x400s at the end. The mixed 4x400, a new event at NBIN, will be exiting to say the least since the order is up to the coaches to make. That means we will see a lot of walk downs and interesting decisions to see who has the sprint strength on both sides.

The live broadcast will begin 4:30 EST Friday and continue at 8am Saturday