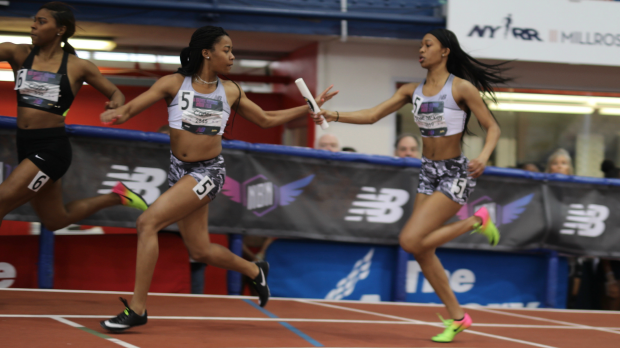 The quartet of Kori Carter, Tre'Breh Scott-McKoy, Brene' Donaldson, and Asia Crocker may not have won a third 4x200m relay in a row but they did break the state record for a third year in a row. They finished second in 1:36.35.