How to win the Milestat.com Invitational Boys A Team Title

The last A Race championship to be handed out will be the Boys Team title. Unlike the girls' team competition where we were forced to completely throw out Blacksburg's results to find a fair measuring stick for everyone else, the boys' team competition has regularly been wide open coming into the meet. However, if you dig just a little, the template for victory is there.

The Obvious: Ok lets get this out of the way. Of the four A Race categories we've looked at this is the one that can't call itself a Meet of Champions this year. On the other hand, do we really need Loudoun Valley to come to Richmond and 15 this meet for everyone to realize they are, by most accounts, the best Boys' XC team in state history? I vote no. (Convince me I'm wrong!) Enough of that lets look at some history, and make some winning connections!

Common Threads: As always here's your Hall of Champions

So where do we begin? There is a lot going on here behind the scenes. The winning averages since 2015 are insane, and directly correspond to the switch to the Upper Course at Pole Green Park. The 2013 win by Robinson stands out to us as it came on the hilly Pole Green Regional Course where the trails through the woods have lulled many a good runner to sleep. An average of 16:16 on that course is quite rare, but not the best ever. Actually it wasn't even the best average that day! The Midlothian boys averaged 16:09 that year but their 5th guy finished in 104th which is not How To Win. Total side note: We were curious and had nothing else to do so we did a quick look into the history of the Regional course at PGP. 16:09 isn't the best average ever, it's not even the best Midlo average ever. In 2010 Midlothian averaged 15:58 at the Central Region meet and put their entire top 7 in the top 15, that was the best average we could find for the current iteration of the Regional Course. 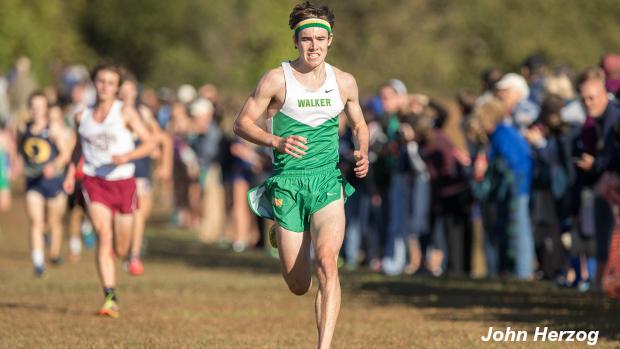 Let's refocus here before we get too far off track.

What do you need to do to make sure your team wins this thing?

You better get 5 guys across the line under 16:45. In the history of the meet there has only been 1 scoring runner on a winning team to run over 16:50, and that was in 2014 when Maggie Walker somehow found a way to win despite a 5th man running 17:10 and only finishing 1 guy in the top 20.

A quick note, because this is a bigger issue for the boys race than it has been for the girls. Don't forget that there will be a significant number of top individuals racing without a team. They don't impact the team scores BUT we don't recommend wasting time trying to figure out who is who while you're also sprinting in to the finish. Just race as hard as you can.

The past four years have shown a definitive blueprint for how to win this meet, and it actually sounds pretty simple. Your 1st man has to finish in the top 7 scorers, and then you just need to fit the rest of your top 5 in the top 75. If you can manage to get a 2nd guy into the top 20 you're essentially guaranteed victory. Why do we only say it SOUNDS simple? Because in 2017 16:41 earned you 75th place, while that dreaded 17:00 mark dropped out outside the top 100. 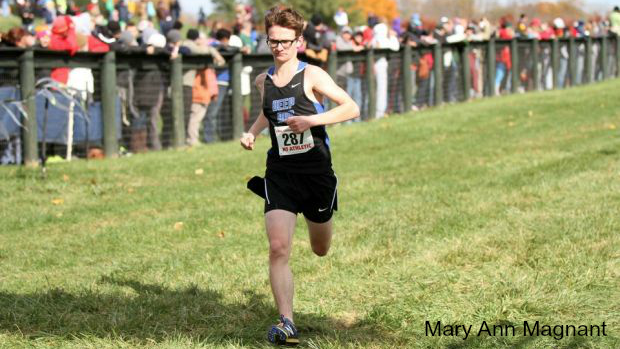 Without a doubt this is the hardest race to pick a winner for. The top teams always seem to have a similar makeup but the names on the jerseys have changed every year. No team has ever had more than 2 years near the top of this race, but I'd imagine the Deep Run Wildcats (2nd in 2016 and 2017) would like to change that pattern. Anyone assuming that the schools from the former Central Region will have the advantage at Pole Green, should remember that Milestat is the only High School race run on the upper course all season. In truth since the meet moved to Pole Green Park in 2013, Northern region schools have won 4 of the 6 team titles.

We're a "How to" guide! We don't make predictions, we just tell you the facts! See you on Saturday.