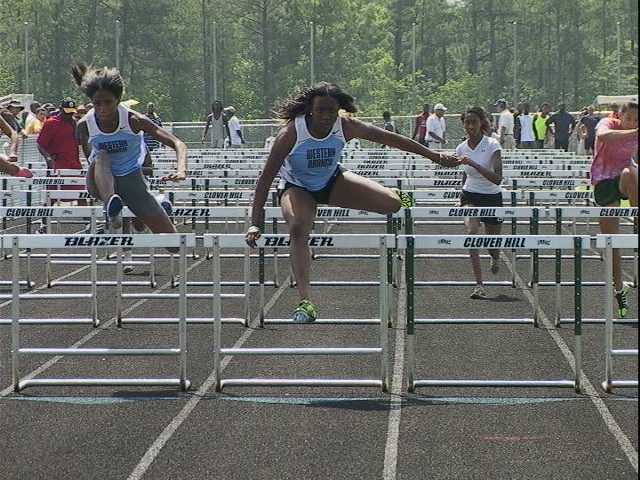 Recent Western Branch graduate Desmonae Gray set two facility records at the new Clover Hill High School in breaking 15 seconds in the 100 meter hurdles and leaping 37'8" in the triple jump. Gray is headed to Florida State University in the fall where she will be teammates and roommates with another multi-event star from Virginia in South County's Sarah Chandler. 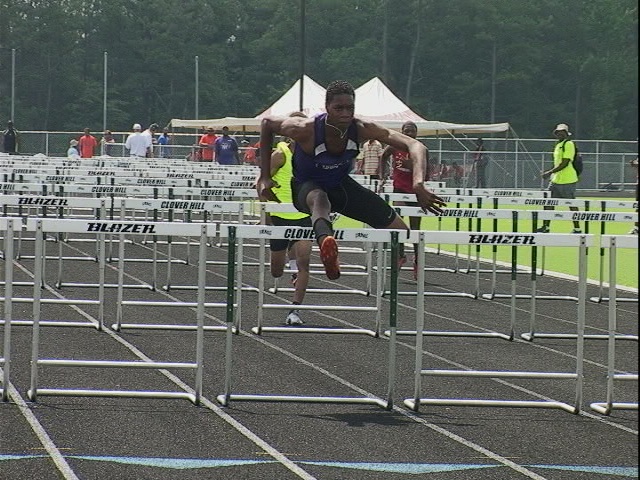 Trey Holloway of Grassfield appears to be one of the state's top returning hurdlers for 2012 and has not slowed down one bit over the summer competing for the Track 757 club including a 14.30 clocking on Saturday at Clover Hill. 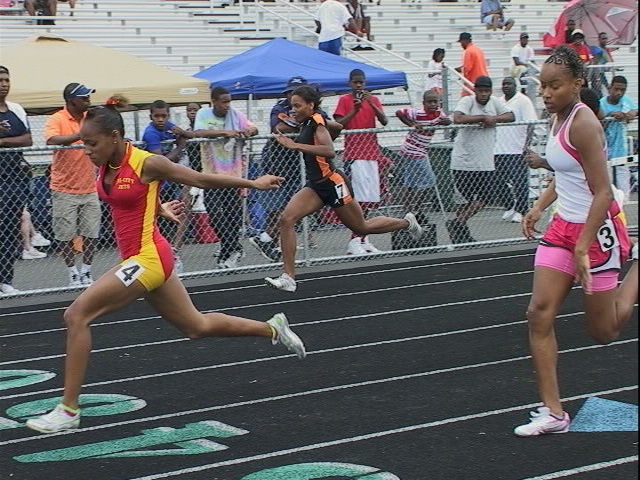 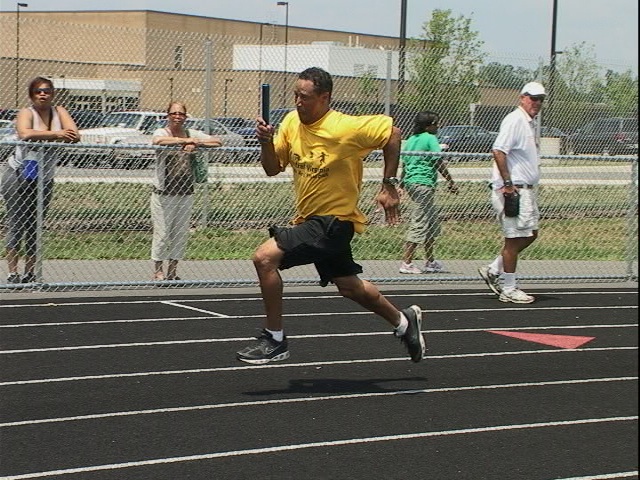 "He's Still got it!" - Cosby High School coach Bryan Still showed he still has the wheels from his high school track days at Huguenot as well as his speed as a wide receiver at Virginia Tech and for the San Diego Chargers running first leg of the coaches and parents 4x100 meter relay at the Cannonball Cooper Age Group Championships in Midlothian, Virginia on Saturday.

Photos and videos from Saturday's Cannonball Cooper Age Group Championships will be posted on Monday. Several facility record performances from high school athletes including Desmonae Gray of Western Branch in the 100 meter hurdles (14.97) and triple jump (37'8"), Trey Holloway of Grassfield in the 110 meter hurdles (14.30), and April Wilson of Thomas Dale in the 400 meter dash (57.13). Complete results are posted below.