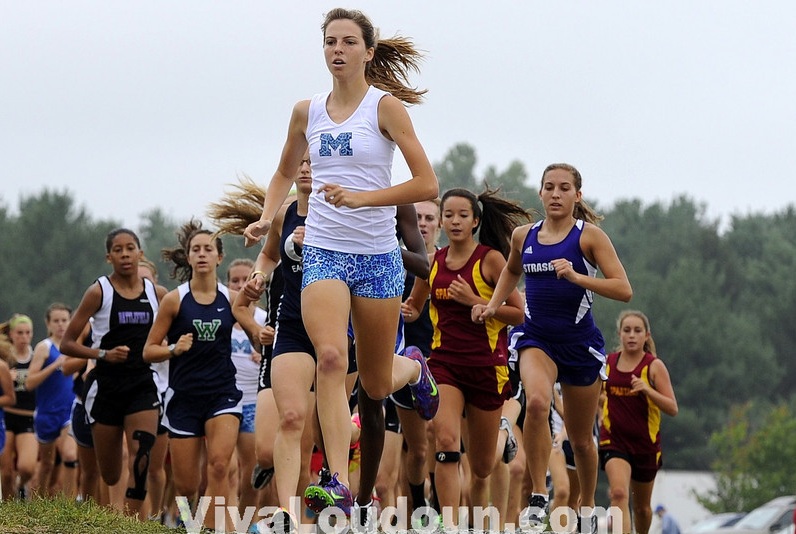 All photos by Scott Shepherd of vivaloudoun.com

Despite quite a few teams not able to attend due to the deteoriating weather conditions expected throughout the day with Hurricane Irene working its way up the East Coast on Saturday, a decent group of schools in Northern Virginia were able to make it to Great Meadow for the meet to be held under a revised and condensed race schedule. Oakton boys and girls swept the team titles, while Seumas O'Reilly of Warren County (15:43) and Crystal Nelson of Millbrook (19:11) were impressive in dominant opening individual wins to pull away from the field. More in-depth meet summary to come. 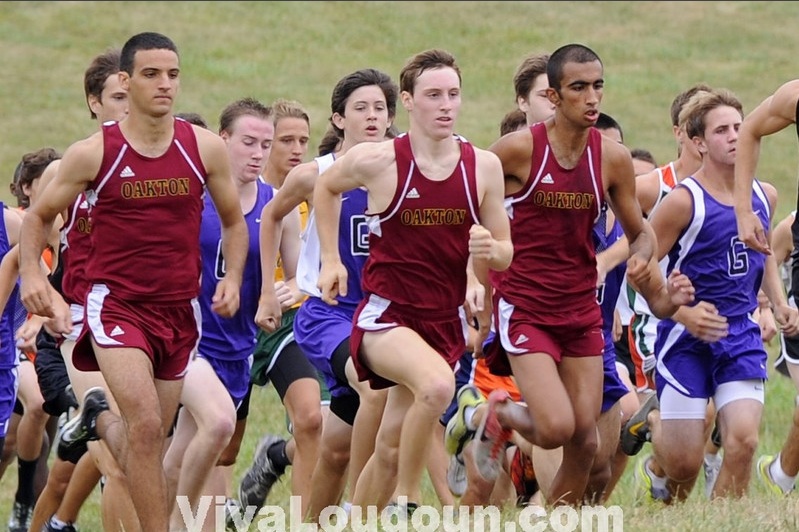 The Oakton boys appear to be a team to be reckoned with in the Northern Region and Group AAA this fall after a decisive 79 point margin of victory at Great Meadow on Saturday. Tallying a total of 42 points, Oakton was led by their returning sub 4:20 miler Michael McNamee in fourth place at 16:34, who was closely followed through the finish line by fellow senior teammates Pratik Singh (5th, 16:36), and Gregory Petruncio (6th, 16:38). Meanwhile, their remaining top five kept the time spread to a 41 second mininum with two others nearly cracking into the top 15 for the Cougars in Patrick Eberhart (11th, 17:00) and Chris Jewell (16th, 17:15). A senior-heavy group of six among their top seven, Oakton is gearing up to return back to the podium at the state meet this year.

Oakton as the #11 ranked team in Virginia (regardless of classification) in the pre-season rankings, was the top ranked team in the meet after the no shows due to the storm including #5 ranked Stafford, so their win did not come as unexpected but the dominant way which they won should certainly draw them consideration to move up in the next rankings.VA #15 and Group AA #6 Loudoun County was the next highest pre-season ranked squad competing at Great Meadow. Picking up the slack up front for Loudoun County with the graduation of Tommy Curtin onto Virginia Tech is junior Patrick Joseph, who dipped under 4:20 last spring for the full mile. Joseph battled it out with Gonzaga College's Mike Crozier for individual runner-up honors, which Crozier was able to get the narrow edge with both runners timed at 16:08. Meanwhile, the Loudoun County boys (133 pts) were able to hold off an always competitive Gonzaga College team (134 pts) out of D.C. by one point, but both teams were surpassed by the Osbourn Park boys for second.

Osbourn Park boys have ran in the shadows of their more successful girls' program over recent years and struggled to get over that hump and advance onto the state meet from a Commonwealth District-dominated Northwest Region. This year's edition of the Osbourn Park boys appear in the best position in a while to finally crack into that top four at their regional meet. While a true front runner, Osbourn Park has a to rely on the power of their pack which matched the same top 5 spread as the champions from Oakton at 41 seconds and had an overall team score of 121 points. Daniel Rimkus (17th) and Alex Bannan (18th) were the top finishers for Coach Mike Schuster as both clocked in at 17:16 together. 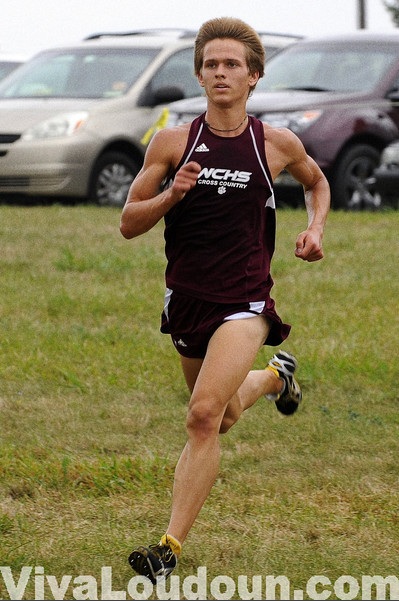 Breaking away from the field and eventually building up to a 25 second cushion on the next finishing runners at the end was Warren County senior Seumas O'Reilly. O'Reilly enters this season as one of the top contenders for the Group AA state crown in cross country as he boasts some of the fastest times among all returnees with a 15:32 5K best and a 9:15 PR at 3200 meters. O'Reilly was not far off his fastest time from a year ago with his final time of 15:43, which is obviously an early season state leader. 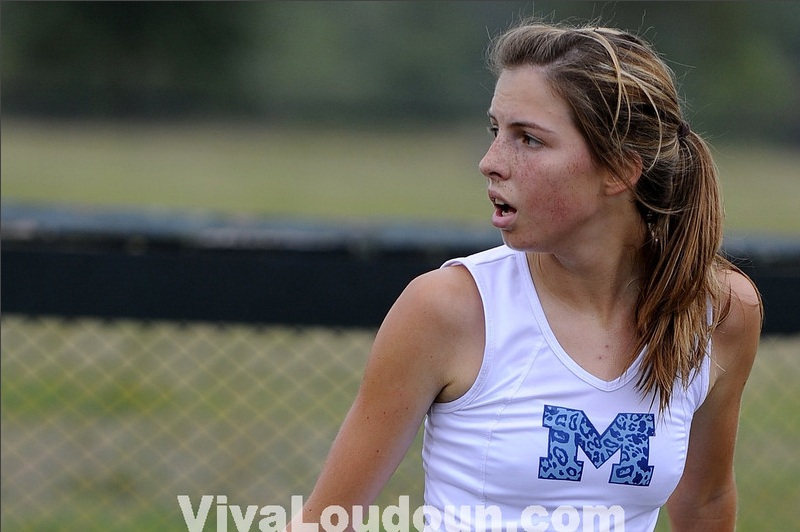 There was another runaway winner in the varsity A girls' race with Millbrook senior Crystal Nelson dropping 23 seconds from her 2010 Great Meadow Invitational performance as well as improving two places with a 19:11 victory. Nelson, pre-season ranked #8 in Virginia, established herself early in the race and never looked back to pull away from a decent-size chase back of challengers including two-time Group A state cross country champion Katlyn Ayers (3rd, 19:29) of Strasburg.

Finishing in between Nelson and Ayers was Battlefield junior Nicole Carter, whose 19:24 performance helped lead her squad to a second place finish as well with 91 points and more importantly finishing ahead of an Osbourn Park squad (3rd, 124 points) which they should be competing for a state meet spot out of the Northwest Region later in the season.

However, taking first for girls in the team scoring and completing the sweep for both boys and girls for their program was the Oakton girls. The Oakton girls were not as strong upfront or won by as large of a margin as their male counterparts did, but their team has to feel good as the #15 pre-season ranked team (Oakton) in Virginia defeating the #9 ranked Osbourn Park in an invitational victory to kick off their season. Hailey Dougherty was the top finisher for the Lady Cougars in 8th place at a time of 19:45. Within the Northern Region, Oakton is currently ranked fourth behind Lake Braddock, West Potomac, and Thomas Jefferson S&T, so they will hope to hold down the fourth spot this season or even try to close the distance on the top returning programs in their region.

MileStat.com was unable to make the planned trip up to Great Meadow to cover the meet on-site with concern of return trip back to our homebase in Richmond with the weather worsening earlier in the day on Saturday. Any parent photographers will to contribue photos from the meet would be appreciated! Upload your photos on the meet page.