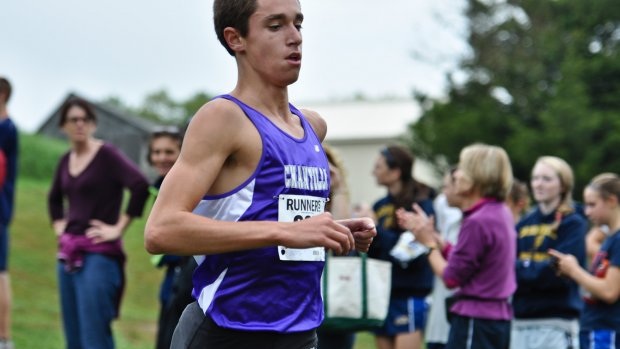 Sean McGorty and Chantilly boys continued what has been one of the program's most successful seasons in recent history so far with a big victory against many of Maryland's best at the Bull Run Invitational, which is the same venue for the Maryland State Championships. The Chantilly junior McGorty recorded an upset victory last weekend at Oatlands against defending Virginia 3A state cross country champion and Foot Locker All-American Ahmed Bile of Annandale. At Bull Run, McGorty was chasing the clock and joining an elite list of runners to ever break 16 minutes on the very difficult Hereford High School 3 mile course with a 15:53 victory. McGorty had to wait a while for the next runner to come through the finish line chute, but it was a familiar face with teammate Logan Miller taking individual runner-up honors at 16:34. A 1-2 finish from McGorty and Miller helped the Chantilly boys hold off two of Maryland's best squads in host school Hereford (2nd, 96 pts) and Severna Park (3rd, 97 pts). Rounding out Chantilly's top five after their two front runners were Faris Sakallah (24th, 17:29), Andris Sturans (33rd, 17:37), and Peter Malander (34th, 17:41).

More impressive or more of a surprise was the Chantilly girls taking runner-up as a team in the elite division race with 107 points as a 60 second spread only separated their top five runners. The Chantilly girls nearly fit four runners among the top 20 places with Xaveria Hawvermale (13th, 21:01), Kendall Cowne (2nd, 21:26), Carolyn Carlson (20th, 21:30), and Nora Rahor (22nd, 21:33). A positive sign for the girls finishing second against most of the top 10 ranked squads within the state of Maryland. 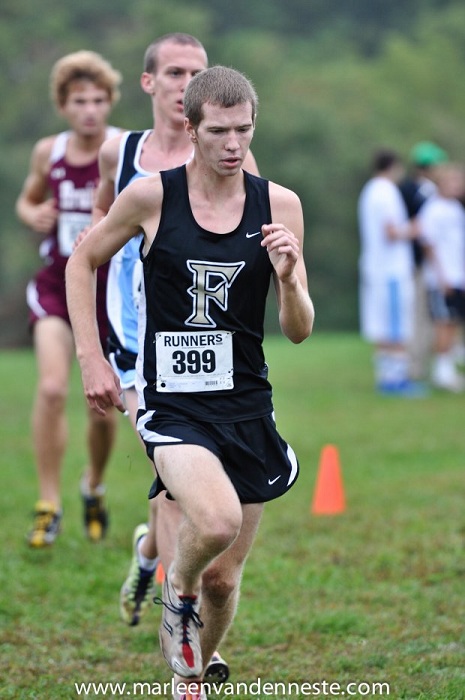 Freedom High School made it a sweep of the team titles in the large school division. Freedom (of South Riding) has moved up to Group AAA from Group AA this fall and had two boys finish among the top 10 in Thorpe Lichtenberg (3rd, 17:09) and Joe Sibalik (8th, 17:50), while Siobhan O'Toole led the girls' squad garnering an 8th place at a 21:36 clocking.