A brief look at some of the top invitational meets on October 1st with Virginia runners. Great American leads the way with Octoberfest and Glory Days close behind as the featured meets. 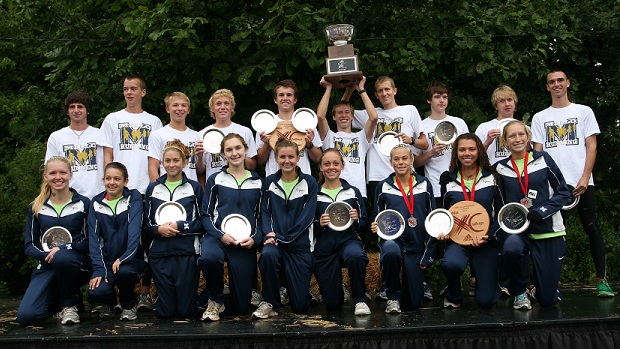 Great American XC Festival - Great American is definitely getting back to its former prominence as the meet to go to for Virginia schools since returning back to North Carolina. Look no further than the Race of Champions with top two ranked teams from Virginia for both boys and girls as well as a handful of the top 10 ranked individuals from the state also. Midlothian, #1 ranked in Virginia for boys and girls, will be making their second trip to Cary in three weeks after sweeping the team titles at the adidas Cross Country Challenge on September 15th. It will be a much tougher test to repeat the same feat with much stronger field of nationally and regionally ranked squads. The Midlothian girls, a team already lacking in depth, will be missing Kari Johnston due to a soccer tournament so that should open the door for VA #2 ranked Colonial Forge to potentially knock off Midlo. The Midlothian boys will be measuring up to see if they have another squad capable of qualifying for a Nike Cross Nationals berth competing against many of the best teams in the Southeast. Midlothian will also have their first matchup of the season against their top challenger for the Group AAA state crown in VA #2 Albemarle. 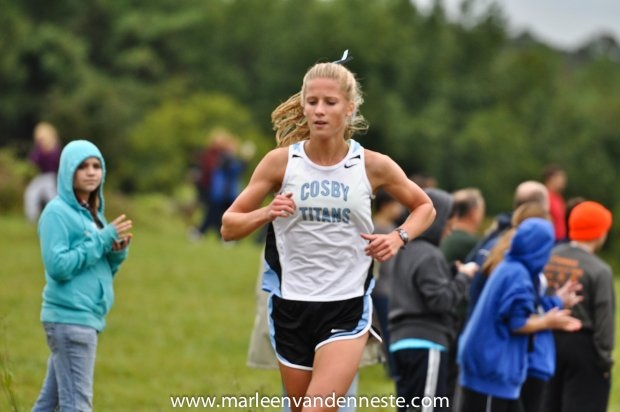 Individually, Megan Moye of Cosby will see if she can match or best Sophie Chase's 17:43 5K leading performance last weekend in Florida and compete with the lead runners at Great American. Moye is one of five top 10 ranked runners in Virginia who will be in Cary, which includes VA #4 Katie Fortner of Cave Spring, VA #7 Hannah Lowery of Stafford, VA #8 Carolyn Bethel of Hidden Valley, VA #9 Kara Dickerson of Midlothian, and VA #10 Kimberley Ficenec of Mountain View. VA #3 Seumas O'Reilly of Warren County finally gets a race with competition and he'll have plenty of it in the Race of Champions including many of Virginia's elite in VA #4 Brian O'Loughlin of Colonial Forge, VA #7 Adam Visokay of Albemarle, VA #8 Cody Seymour of Cave Spring, and VA #10 Sean Willard of Midlothian. With cool conditions and a loaded field, expect swift times out of Cary this weekend. 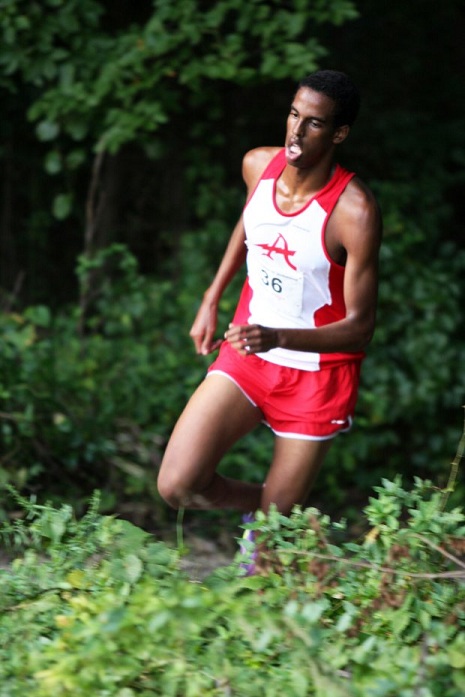 Octoberfest Invitational - Blacksburg finally ventures out of their area this season after competing at only local meets for the first half of the season. Both their boys and girls' squads have the opportunity to take away first place trophies from Great Meadow on Saturday, but also should face tough challenges to achieve that sweep. Blacksburg junior Nick Link has ran strong up front this fall clocking three 16 minute 5K performances and two invitational wins. Nick will be maybe only runner in the field capable of running up with defending Group AAA state champion Ahmed Bile of Annandale as they will lead a deep field which has over 30 runners who have ran under 17 minutes already in this young season. Bile should be able to pull away from the field late, but look for Link to give him a run early in the race. Ocean Lakes boys should be in the mix as their strength is a tigh spread for the top five without a true front runner hovering just under 17 minutes as a group. 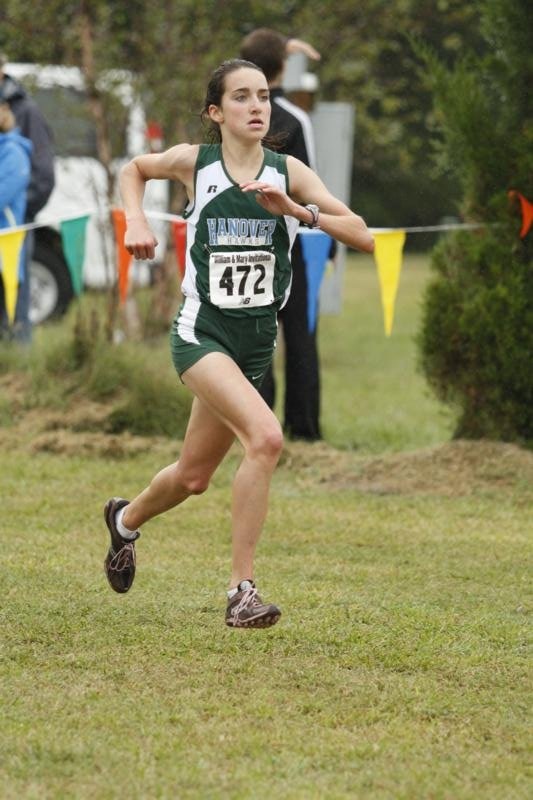 Hanover sophomore Molly Breidenbaugh will attempt to keep her undefeated streak this season going through the weekend after major invitational wins already at Knights Crossing and William & Mary. Breidenbaugh should get a good race from Millbrook's Crystal Nelson, who will be trying to win for a second time this season at Great Meadow as she opened the fall with a first place run at the Great Meadow Invite. Also lurking in the field is New Balance Outdoor Nationals 800 meter champion Kimberley Ficenec of Mountain View, who has improved her range to the 5K distance as shown two weeks ago with a sub 19 5k performance down in Cary, North Carolina. The Blacksburg girls have welcomed the return of Hannah Brown to racing action. With Brown and Ficenec in the field, there should be some speed on display at the finish with two sub 2:10 half milers. Blacksburg girls will face their toughest test of the season from West Virginia's best in Morgantown and Maymont Festival runners-up Ocean Lakes. Ocean Lakes at VA #5 is actually ranked ahead of Blacksburg at VA #7, so there is no clear cut team favorite. 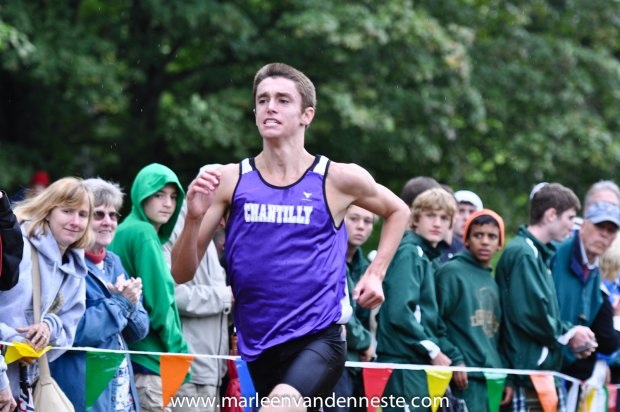 Glory Days Grill Invitational - Moved up a week earlier than most years due to Yom Kippur, the Glory Days Grill Invitational will be a great mid-season measuring stick for many Northern Region schools. Sean McGorty of Chantilly, coming off back-to-back wins at the Oatlands Invitational and Bull Run Invitational,will be the odds-on favorite to cross the line first at Glory Days. McGory, the top ranked runner in Virginia currently, will see if he can best his current season best 5K time of 15:30 from Oatlands. After McGorty includes a strong chase pack of runners who have won major races this fall including Maymont Festival champion Patrick Joseph of Loudoun County and William & Mary Invitational champion Brady Corum of West Potomac. Meanwhile, McGorty's teammate Logan Miller will look to repeat his 1-2 finish with McGorty from last weekend at Bull Run. The VA #3 ranked Chantilly boys will be the team favorites followed by VA #9 Loudoun County, VA #12 James Robinson, VA #15 Osbourn Park, and West Potomac. 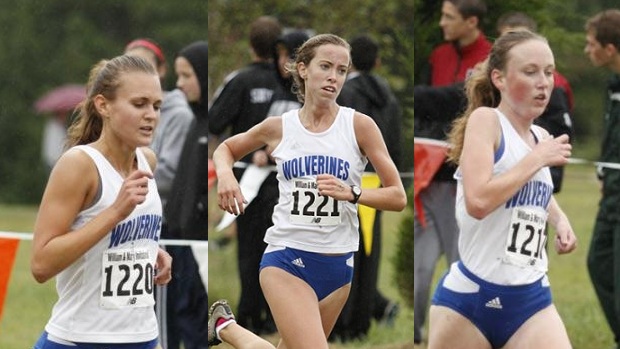 Lake Braddock is sitting their top runners this weekend after their trip to Florida last weekend, so there will be no match-up between the top two Northern Region squads in Braddock and West Potomac nor will be Foot Locker finalist Sophie Chase be out leading the field at Bull Run Regional Park on Saturday. The West Potomac girls were dominant two weeks ago in their victory at the William & Mary Invitational against pre-season #1 ranked squad Maggie Walker. Their squad will be led by one of the pre-race individual favorites in Sarah Jane Underwood, who broke 19 minutes on a difficulty William & Mary 5K course two weeks ago. The Wes Po girls will not be able cruise to a victory though with four other VA top 15 ranked squads in the race including VA #8 Osbourn Park, VA #9 West Springfield, VA #12 Atlee, and VA #14 Forest Park. The Osbourn Park girls used pack running to power themselves to a runner-up finish at Oatlands two weeks ago, while the West Springfield girls were a competitive close fourth place at Maymont last Saturday. Underwood will not be as strong as a favorite as McGorty to win the girls' race with some worthy competition in sub 11 minute two miler Isabel Amend of Washington-Lee, West Springfield sophomore Caroline Alcorta, and private school top ranked Devin Nihill of Bishop O'Connell. 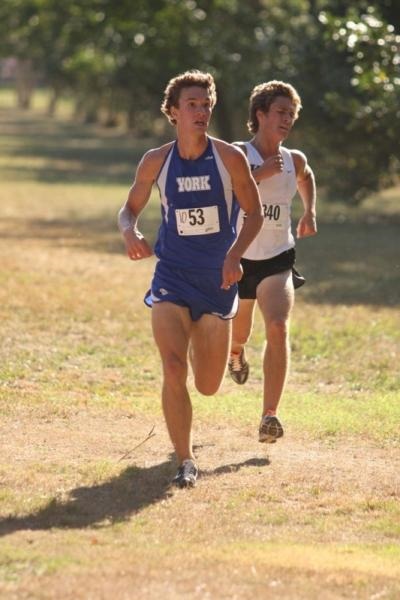 Panther Invitational - This meet has moved from its original location at New Quarter Path Park to Eastern State Hospital in Williamsburg due to Hurricance Irene earlier this month damaging the original course venue. Kellam's Abby Motley is fresh off her impressive victory in the mud at the Chesapeake Invitational last weekend in 19:24 and will be pushing for a time closer to 19 minutes flat this weekend. York's Jack Little and Kellam's Sean Helmke battled it out for the win at the Newport News Invitational in early September with little winning by only a second in a season best time of 16:03. The two runners will lock up again this weekend in Williamsburg to potentially push each other under 16 minutes for the first time this season.

Helmke and the Kellam boys took a heartbreaking close lost last weekend at the Chesapeake Invite on a sixth runner tiebreaker and look to have another tight team showdown in store this weekend in the Grafton boys, who are on the better teams in Group AA. The Grafton girls will attempt to make it a team sweep as their girls team has looked strong and potential Group AAA state meet podium squad despite their top returning runner Chelsea Page having yet to race.