Loading
The 2012 Braddock Relays drew 27 teams with over 1,500 high school athletes competing on the 1.5 mile course on the campus of Lake Braddock Secondary School. Youth racers and parents also got their chance to race bringing the total number of competitors over 2,000. The Lake Braddock staff wants to thank everyone who attended and helped to make this a special evening. 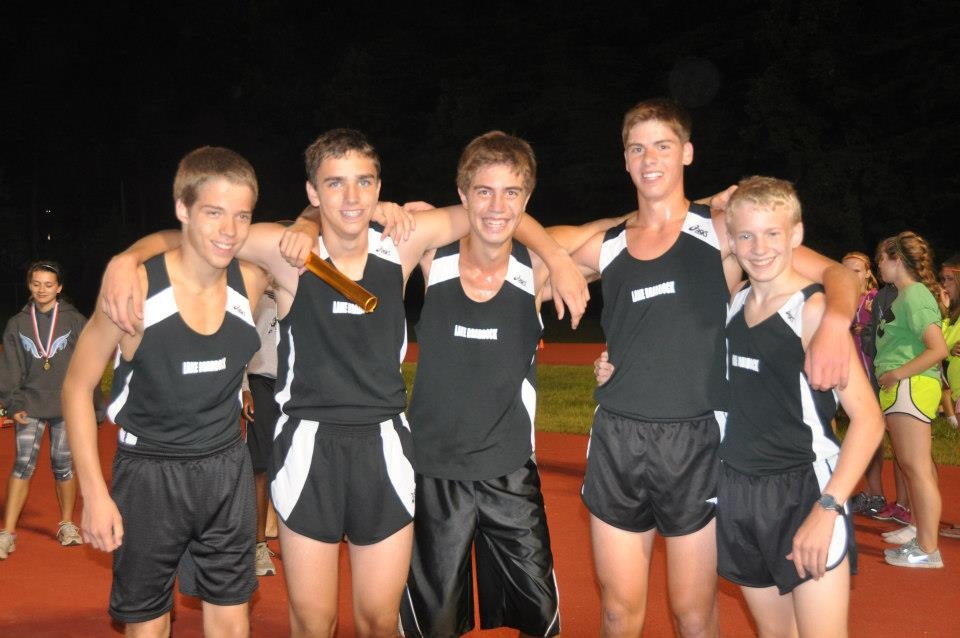 Photo by Steven Pham
The Boys started the meet with the B,C and D relays. Edison boys ran strong to win the B relay and the Lake Braddock C team was the victors in their race. Going into the A relay, many teams had a chance to claim the team title. In the A race, Good Counsel and Edison (Louis Colson) led the early charge and handed off in the lead. On the second leg, West Potomac joined the lead pack along with Lake Braddock. Nick Tuck (Lake Braddock) made a strong push to take the lead with the pack still in tow. Lake Braddock held the lead through the fourth leg. On the anchor leg, West Potomac closed hard to turn the final straightaway into a drag race for the win. Lake Braddock anchor JJ Pitrelli was able to hang on for the win at 38:45 with West Potomac 2 seconds behind. Edison held on for 3rd with Colonial Forge in 4th. For the team scores - Lake Braddock took the title. West Potomac and Good Counsel tied for second in team honors with only 3 points separating 2nd from 7th in the team scoring. 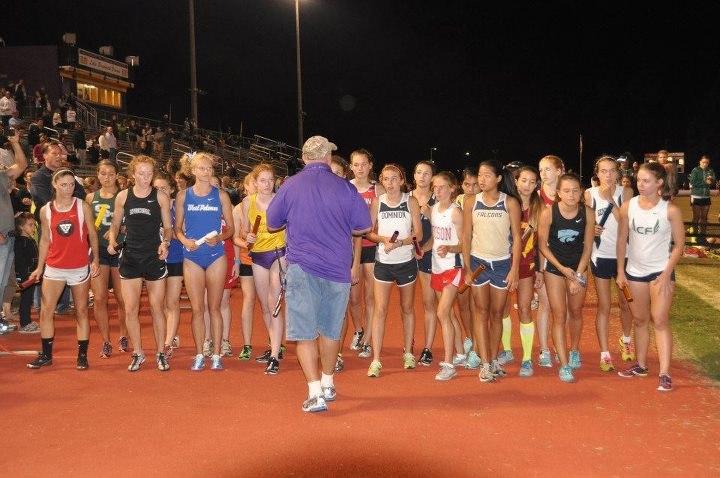