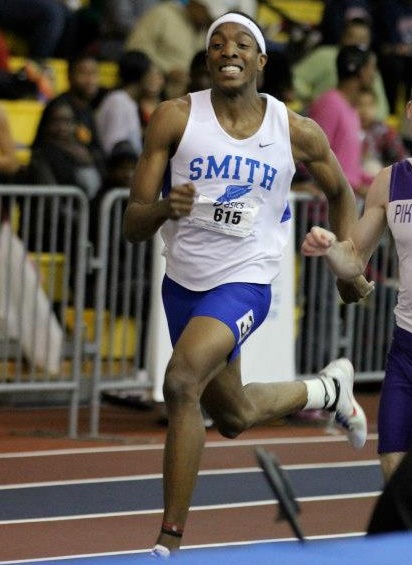 Oscar Smith senior Michael Cherry rolled out a 1:03.84 500 meter performance on Saturday at the Friends of Indoor Track Invitational at the Prince George County's Sports & Learning Center in Landover, Maryland. Cherry had to work for the win and was pressed by Pikeville (MD) junior Maury Sall (2nd, 1:04.13), but the end result for the 2012 New Balance Outdoor Nationals 400 meter dash champion was a US #1 time and the #11 all-time best performance in Virginia high school indoor history. This past week, Oscar Smith's Cherry announced and confirmed that he will be a Seminole next year and attending Florida State University on a track scholarship. 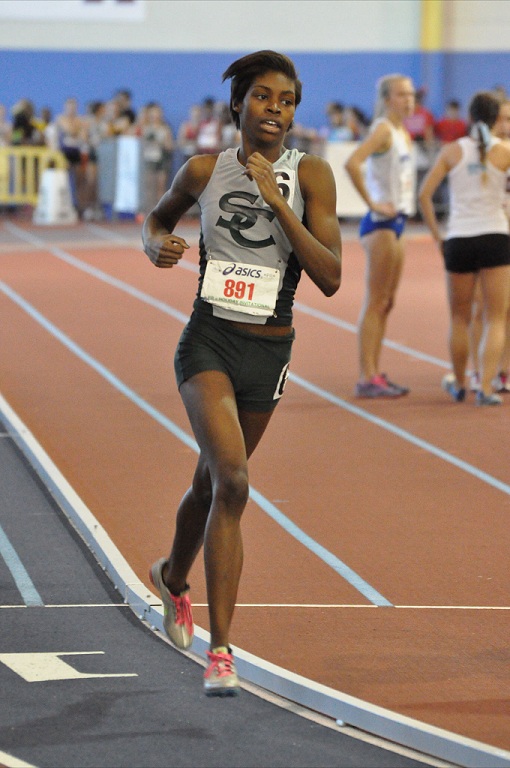 Cherry is arguably the state's top returning track & field male athlete, while South County's Felecia Majors deserves that honor among all female track athletes in Virginia. Majors won the 500 meter dash at PG in a US #2 indoor time of 1:16.98, while clearing a state best height of 11'9" in the pole vault for the defending Group AAA state indoor and outdoor champion. After last week leaping to the top of the national leaderboard in the long jump with a VA #6 all-time indoor mark of 19'11", Majors also ran a leg on the South County 4x200 meter relay at the F.I.T. meet, which their quartet clocked the state's second fastest time of the indoor season in a US #8 performance of 1:44.85.

Foot Locker finalist Caroline Alcorta of West Springfield ran in her first race since her 16th place finish in San Diego at the Foot Locker Nationals. Alcorta is already running under 11 minutes for 3200 meters before the New Year as she finished 22 seconds ahead of Chantilly's Kendall Cowne (11:17) with a US #6 time of 10:55.52. West Springfield teammate William Rabil ran just off his 1000 meter PR last week when he finished 3rd in the =PR= Holiday Invite (2:36.59), but enjoyed a win with a slightly slower time in 2:37.57. 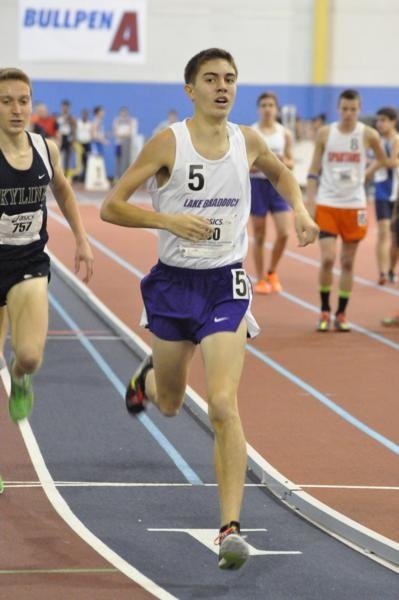 An exciting duel was found in the boys' high jump between Joseph Boyd of South County and John Seals of West Springfield. Seals earlier this season cleared 6'7" in a quad meet at Episcopal, while Boyd was the Northern Region runner-up last spring. The two Patriot District high jumpers both cleared 6'6" on Saturday, but earlier misses gave Boyd first place over Seals at the F.I.T. Invite. Boyd and Seals will see each other often this season and could push each other to even greater heights. 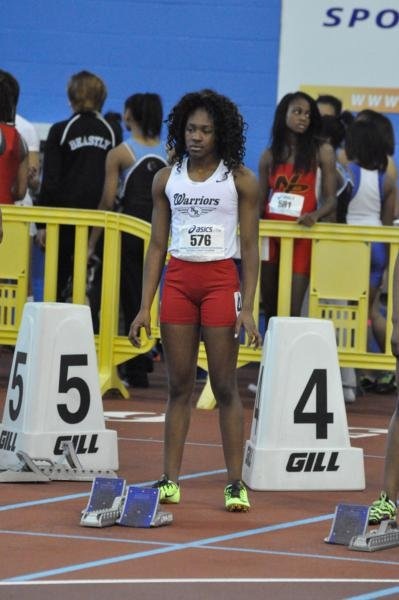 Nansemond River freshmen Brandee Johnson may not enjoy as many wins this season down at Boo Williams Sportsplex with the loaded sprint talent down in the Hampton Roads area, but she was dominant when facing top sprinters in the DC Metro area this weekend in being a double winner in the 55 meter dash (7.26) and 300 meter dash (41.44). Johnson is emerging as the fastest freshmen so far this indoor season as she went head to head and beat twice the freshmen with the fastest times in both of those events this weekend in Osbourn Park's Alexys Taylor, which could be the start of a developing rivalry for years to come.