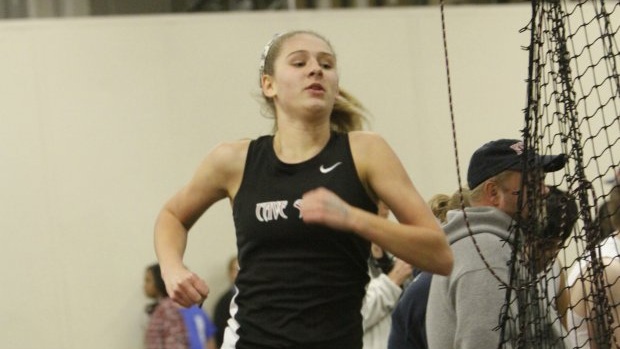 Katie Fortner of Cave Spring was one of the top individual performers at the Bulldog Invitational this past Saturday at Liberty University. The defending Group AA state 1000 meter champion Fortner put together a strong double in winning the 1600 meter run in a US #4 time of 5:02.28 followed by a second win on the day in the 1000 meter run with a performance of 2:57.45. Carolyn Bethel, Fortner's district rival from Hidden Valley, also was a double winner in an unusual double of the 2 1/2 lap race of the 500 meter dash in 1:17.67 then later winning the 16 lap race of the 3200 meter run in 11:11.31. 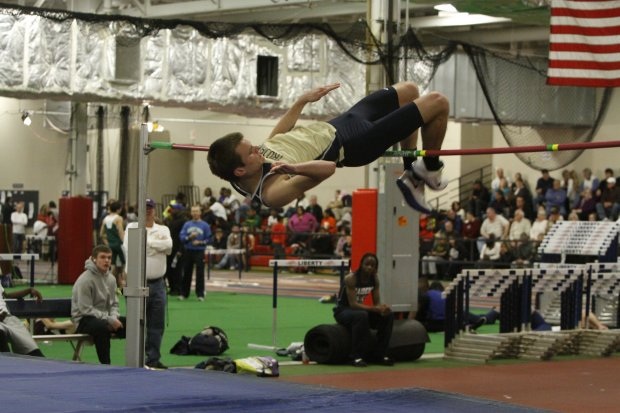 Top performers in the boys' events may have been found in the field events with impressive winning performances of 54'5.75" in the shot put by Matthew Zajac of E.C. Glass, 14'7" in the pole vault by Coy Seneff of Franklin County, 22'9.50" in the long jump by David Prince of Patrick Henry, and 6'6" in the high jump by Will Kendall of Midlothian. 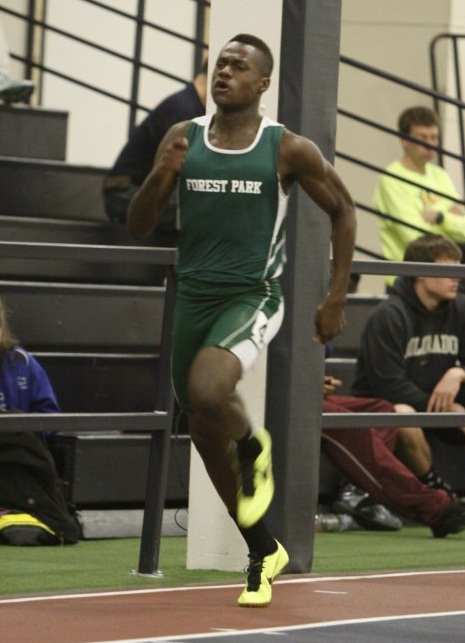 The Forest Park boys continue to look to be the relay to beat in the 4x200 as they rolled to swift US #8 time of 1:31.52 at the Tolsma Track Center, while two of their legs later went 1-2 in the 300 meter dash betweeen Ricky Morgan (36.08) and Calvin Michie (36.42). Meanwhile, Joshua Washington of Forest Park was the boys 55 meter dash winner in a 6.58 clocking. Forest Park swept the 4x200 meter relays with their girls squad posting the fastest time of the meet at 1:48.57.

Two of the state's top distance programs faced off in the 4x800 meter relay between the Midlothian and Blacksburg boys with Midlo winning this battle in a time of 8:10.95, while Blacksburg settled for second in 8:15.16. 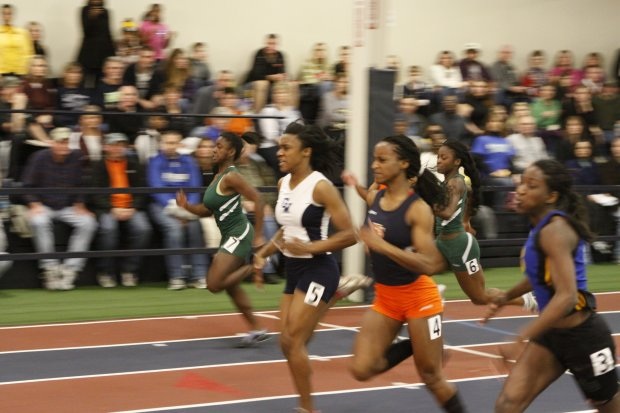 Only fully automatic timing and a finish line camera could be able to determine the winner in the girls 55 meter dash as it was virtually a dead heat between four runners at the finish line between George Washington's De'ana Forbes (7.25), Heritage's Latrice Morris (7.25), Blacksburg's Alyn Carr (7.26), and E.C. Glass' Zakiya Bateman (7.27). Forbes was given the win over Morris, while Morris later claimed first in the 300 meter dash with a time of 42.31. The Group AA State Meet should be an exciting race in the 55 meter dash if the margin remains this tight between Morris, Carr, and Bateman. Forbes also a double winner in the 55 meter hurdles with her second PR of the meet in a 8.29 clocking, which could make a Northwest Region title contender in both events. 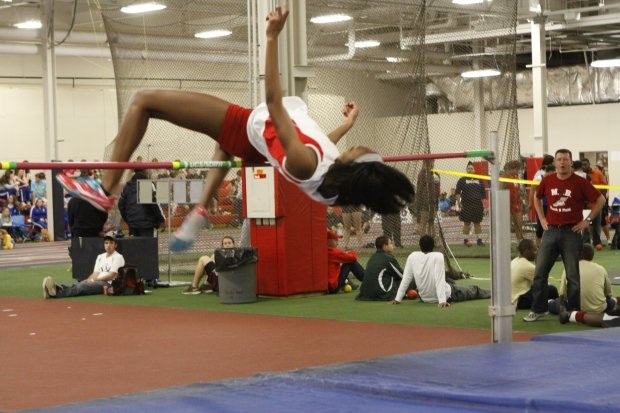 Last year's Group AA state runner-up indoors and state champion outdoors in the high jump, Sydney Anderson of Pulaski County, rose up to an even greater height than ever before as she successfully cleared the bar at the Bulldog Invite at 5'7". She had previously cleared 5'6" once, while most meets clearing in the range between 5'2" and 5'4".