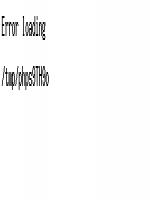 Three Three-Peats & Three Awesome Stories!...
Great things don't come every year but apparently they do come in threes! Check out our third story of the season which is in itself three stories! ...

VISAA State Championship Preview & Virtual Meets!...
Some of the more exciting and close races of the weekend and of course infamous Friday the 13th will not take place at Great Meadow but rather at Fork Union Military Academy in the foothills of the Bl...

VISAA Season Insider: Preview, Rankings, What You Need ...
Your one stop location for everything you need to know about the VISAA this season including big meets, big teams, who to watch, and much more!...