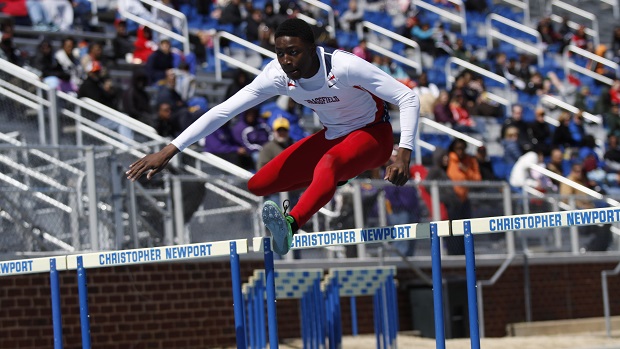 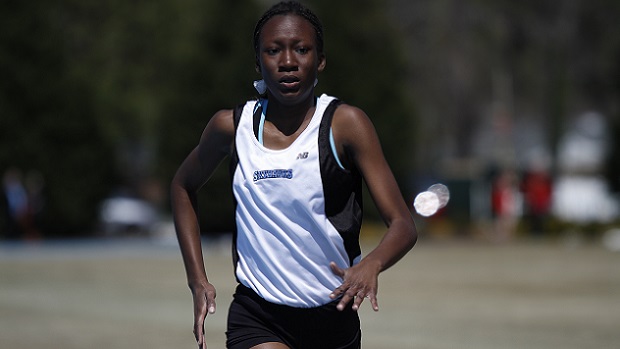 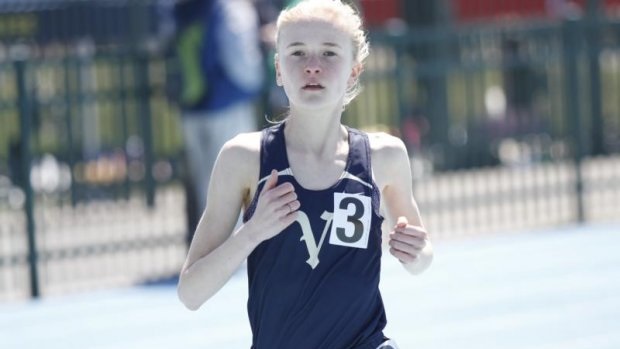 Veritas School 8th grader Morgan Lewis (pictured by Ryan Kelly) was rolling for 8 laps at Christopher Newport University on Saturday to win the silver division girls 3200 in a new meet record time of 11:15, which actually bested the winning time from the large school blue division race which followed. The Virginia Independent Schools division 2 state cross country champion from the fall, Lewis has continued her development into the spring and the future looks bright for the class of 2017 distance runner. 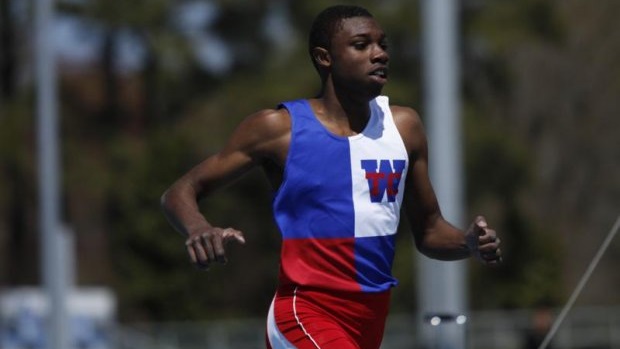 After his twin brother Josephus Lyles was able to surprise in winning the blue division boys 400 from a slow section in 51.04 earlier, Noah Lyles of T.C. Williams followed his brother in the element of surprise in coming out strong on the turn from lane 1 to stun the higher seeded favorites in the center lanes and run away with the 200 meter dash victory in a 21.62 personal best clocking. The Lyles brothers are remarkably only freshmen, so the T.C. Williams squad will benefit from their speed and talent for years to come. (Photo by Ryan Kelly)