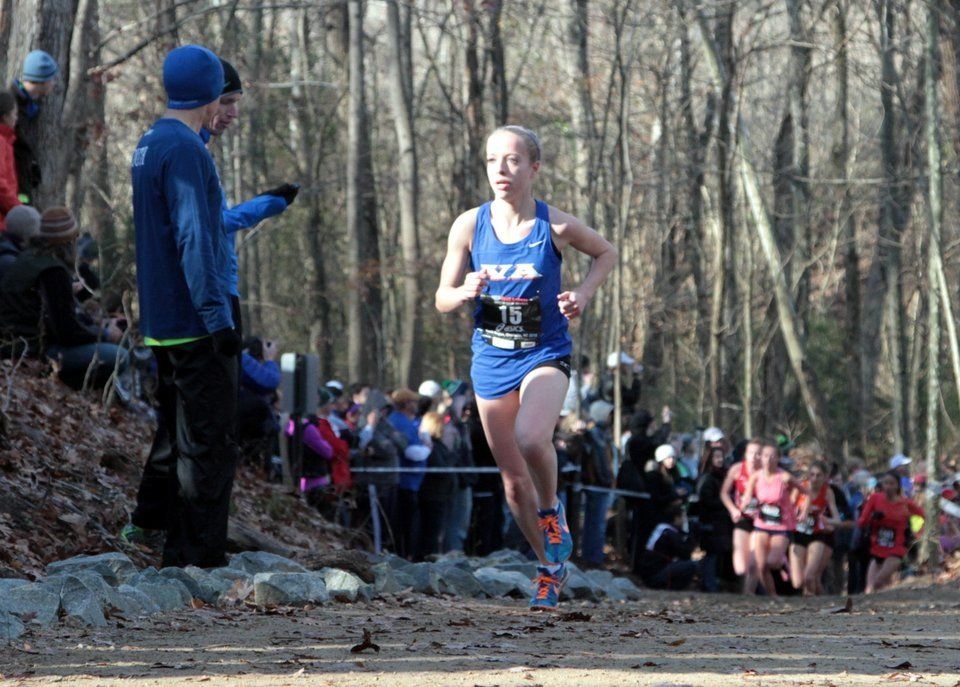 A total of 6 Virginians qualified for the 2013 Foot Locker Nationals via top 10 finishes in the seeded race at the South Regional on Saturday in Charlotte, North Carolina.

West Springfield senior Caroline Alcorta led the performances of the half dozen national qualifiers as she led from wire-to-wire in the girls' race to become only the third sub 17 minute 5K runner in the state history with a 16:55 victory at the South Regional. Only the likes of a former Foot Locker National champion in Erin Keogh and a past Foot Locker National runner-up in Aurora Scott have ran faster than Alcorta from Virginia at McAlpine Greenway Park, which points towards Alcorta racing up with the leaders in the national race as well.

The Lake Braddock girls have sent more national qualifiers to Foot Locker Nationals than any program in the nation with the two more added today in a fifth place finish from Hannah Christen (17:15) and sixth place finish from teammate Katy Kunc (17:16) as the two runners came in right together through the chute. A slight surprise qualifier from Virginia as she looked more like a top 15-20 finisher coming into the meet was Trinity Episcopal School senior Molly Breidenbaugh grabbing 9th place and a ticket to nationals with a personal best time of 17:19.

The state of Virginia's leading runner all flag was once again our flagbearer at McAlpine with Thomas Edison senior Louis Colson securing his national meet berth and first time under 15 minutes with fourth place PR effort of 14:50. Finishing right off his hip as the biggest shocker among all the Virginia qualifiers with a 5th place finish of 14:51 was a familiar conference and local rival for Colson in George C. Marshall senior Mackenzie Haight. It should not have been a surprise considering the fast 5K time that Haight posted on the track to end his outdoor season last spring, but based on his finishes in cross country races this fall, Haight was ranked well back coming in Foot Locker South and not expected to qualify. 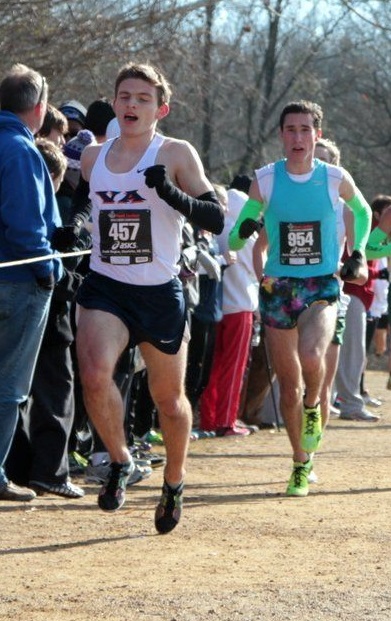 Loudoun Valley sophomore Andrew Hunter is well positioned to compete for spot in the Foot Locker Nationals as a junior and senior following a 16th place clocking of 15:09 as Hunter time ranks among the fastest ever by a 10th grader from Virginia in the meet and he was the fastest underclassmen of the day for the entire region. Team Virginia (67 pts) finished second in the state team scoring behind North Carolina (48 pts) as there were 6 Virginians among the top 30 All-South places including Colson, Haight, Hunter, Oakton's Jack Stoney (22nd, 15:15), Atlee's Nathaniel Hall (23rd, 15:15), and Maggie Walker's Alex Fleckenstein (27th, 15:17).

More to come from Foot Locker South coverage as we highlight performances from the non-seeded races and add more photos on Sunday as well as follow up stories on Virginians in the coming week.