Day 1 of the VHSL Group 6A Regional Championship at the Boo Williams Sportsplex:

With all the buildup leading into today's meet the performances definitely did not dissapoint. Highlighting the performances was Milan Parks of Western Branch hurdling an impressive US #3 7.99 55 hurdles. Parks was one of seven Western Branch runners to advance to tomorrow's final. Following quickly after this race were the 55 dashes where the much anticipated battle of Mustaqeem Williams and Vincent Lowe went underway and Williams displayed his drive to remain the state's fastest guy posting a 6.34 with ease. Lowe ran a 6.43 to qualify second and will be seeded right next to Williams in the final.

Also on the track was the girls 55 where Yaa Agyepong-Waife of Forest Park won leading all final qualifiers with a time of 7.17 from the first heat. In the boys hurdles it was Grassfield sophomore and US #1, Grant Holloway posting a leading time of 7.45 in the prelims. Also qualifying for the finals' fast section were three Western Branch boys who will be looking for every point they can get.

Highlighting the relay races was the boys 4x800 that ended in photo finish between Landstown and Western Branch 8:03.85 to 8:03.86. This race started out very fasy with the Western Branch runners going out from the start to win the races by taking hold of the lead and pushing the pace best they could. Western Branch held this lead for almost 97% of the race and was caught and even at the start of the final straight where Landstown's anchor used his shoulder to lean to a very close victory. 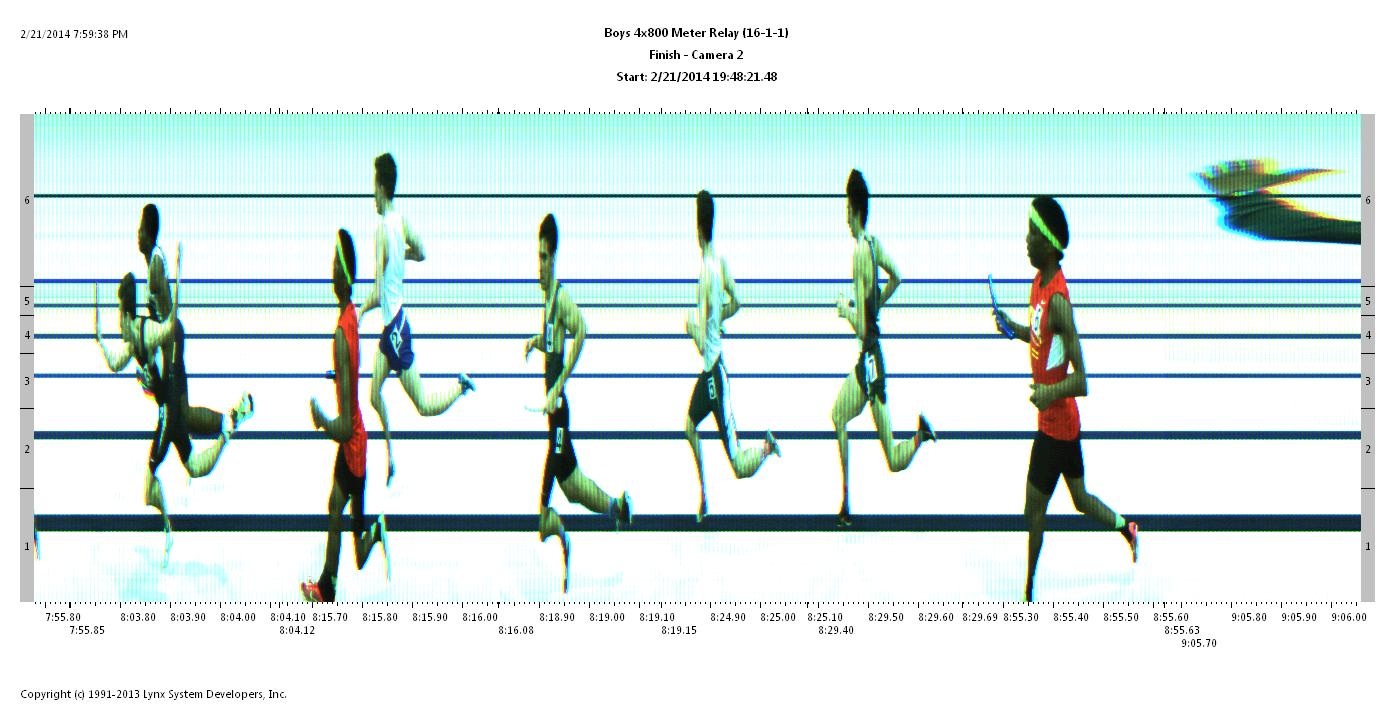 In the girls 4x800 race it was all Western Branch who pushed their will on the entire field and improved on their state #3 time to 9:26.71. These points as well as the other points they picked up throughout the day are only a prelude for their points grab that will happen tomorrow and should have them uncatchable after the dashes and jumps. Following Western Branch in the relay was Cosby in a time of 9:45.19.

Highlighting the day one action on the field was Jaqueline Meeks of First Colonial improving her state leading vault to 12-9. This mark also moves her into twelth in the entire nation. In the other girls horizontal jump it was Amiaya Carey of Stafford improving her season best with a clearance of 5-8 to win the regional crown. Winning the triple on the girls side was Funlayo Oluwole of Western Branch posting a winning jump of 37-04.50 on her first attempt. Oluwole would only just once more and then passed her final attempts to save her legs for many other races to come.

On the guys side of top performances there were two main performances Mustaqeem Williams in the triple and Christopher Lee of C.D. Hylton in the shot put. Williams won the triple with a mark of 48-04.5 to now rank him second in the state. Lee's shot put mark of 51-06.50 was one of the biggest upsets of the day with his huge improvement on his prior season best.

Though many of these races were very fast and some impressive times were posted, the really exciting races are yet to come and slated for tomorrow afternoon. Some of the key events to keep an eye on will be the boys long and high jump with some of the best in the entire nation competing in them and the dashes featuring some very fast individuals who will no doubt try and win the title as fastest sprinter in Virginia.