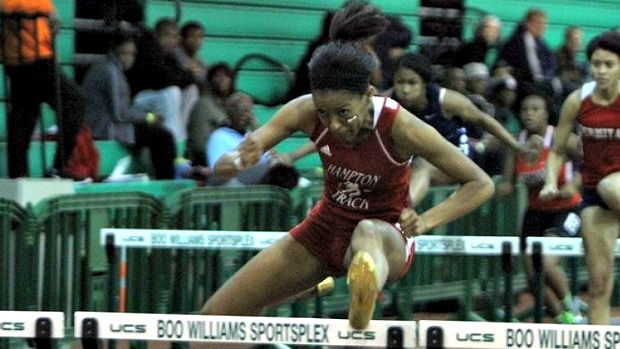 A small group of Virginians from Nansemond River and Hampton traveled out to Lexington, Kentucky this past weekend with a short break before preparing for the state championship meets. Hampton senior Chantel Ray, US #1 ranked in the 55 meter hurdles (7.93), is now US #2 ranked in the 60 meter hurdles after a 8.37 clocking at the Nutter Fieldhouse. Her performance also breaks the Virginia high school indoor state record in the rarely contested event, which was previously held by Gar-Field's Sheena Johnson at 8.42 from the 1999 indoor nationals. 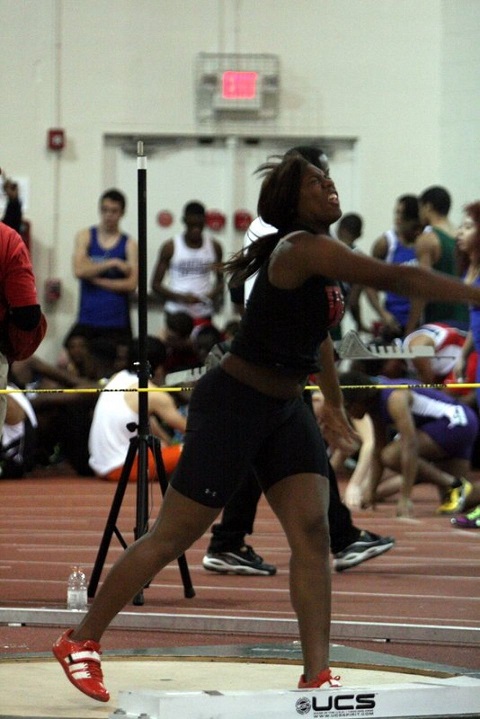 Zakiya Rashid, a junior at Nansemond River, was coming off a big PR mark of 44'0.25" in the shot put at the 4A South Regional in the middle of the week at Boo Williams and kept that momentum going into the UK Invite with a new VA #1 performance of 45'0.25". Rashid was one of three state leading performers from the meet by Nansemond River athletes with Kara Lyles rolling to a swift 56.76 PR for sixth place in the 400 meter dash, while sophomore Brandee Johnson ran an indoor best of 24.73 in the 200 meter dash with a fourth place showing for the sub 40 second 300 meter sprinter.