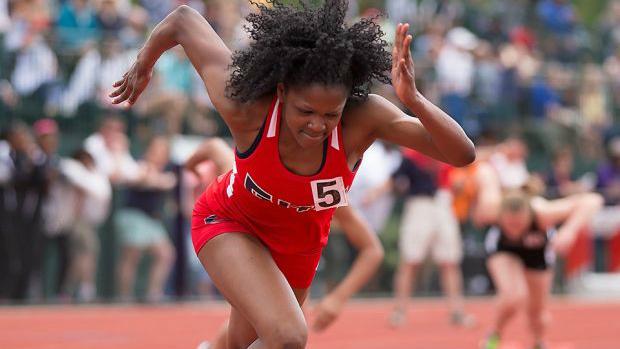 We have some big teams in this year's meet. Leading the girls by a long shot are the Bruins of Western Branch. It looks like this year they are really hungry for points because of the relay lineups set to run. Despite arguably having the best 4x400 in the nation, they will elect to run their "B" team in hopes of scoring more points elsewhere. On the boys side of things T.C. Williams and the Lyles brothers are seeking their third straight track team title and seem to be the favorites entering this weekend. Grassfield and Western Branch are the only two teams that seem to have enough firepower to catch them.

Individually we have have a packed house in this one. The highlight on the boys side will be the 200 where Noah Lyles (national 200m champ), Josephus Lyles (national 400m champ), and Grant Holloway (national record holder at 55m hurdles) square off to likely decide the team title. Lake Braddock's Alex Corbett will try and be the highlight of the distance game.

As for the girls we have just as much talent but younger. We have freshman indoor triple jump national record holder Titiana Marsh (Thomas Dale) as the top seed in both jump and a ton of Western Branch girls right behind. We have Lauryn Ghee and Alexys Taylor both going for the triple crown of the sprints where Ghee has led all year. Lastly, we have Rachel McArthur and Kate Murphy squaring off again in the 3200 and then 1600m runs. Both are top 10 all-time and only sophomores.