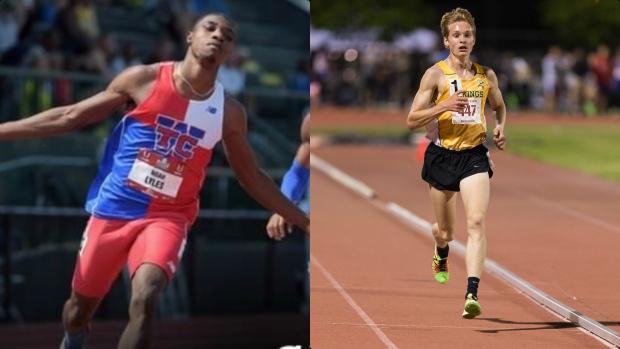 You can basically forget arguing about the new classifications or rules because we have a new commanding question in the state. After this post-season, which has been historically great, we have been getting all fired up on twitter over the question: Who would win in an 800, Noah Lyles or Andrew Hunter?

To give this question its due justice we are going to make this a four page segment. One page in favor of each athlete, one page for everyone to vote and discuss, and then of course a page for MileStat to chime in.

This whole scenario assumes both runners are fresh, healthy, and in peak condition. Let's say the race is at UVA with no wind and perfect weather.

Let's take a look at Drew's side first.

It's Simple, No one can stop Drew. 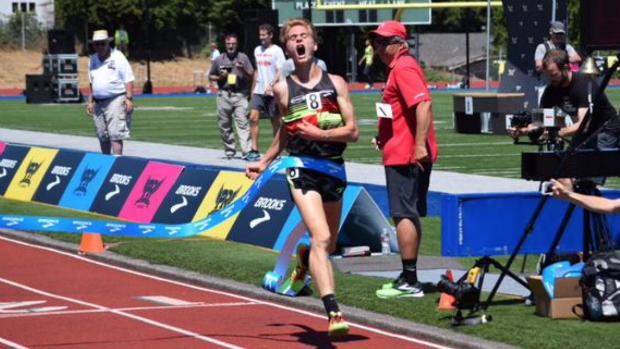 To start let's take a look at Drew's PR's (Profile)

The math is simple and right in front of you. If you average out the progressive differences in time between events, ones that he has run at top speed, you can easily see that in perfect conditions and fresh that Drew can run sub 1:50 right now in the 800. He may not have lightning speed in the 400 but he has arguably the best aerobic capacity in the game and can easily win this 800.

The race would play out like this: Noah would get out hard but also let Drew push the pace. Drew would then keep the pace at a solid pace but also make a move with a good amount of distance to go tiring out Noah. It is really hard to kick along side Mr.Hunter as Grant Fisher and company learned this season...

To win this race Drew would run 1:48.7 and make it look easy. His legs would be tired the next week but he would also be the champion of this dream race.