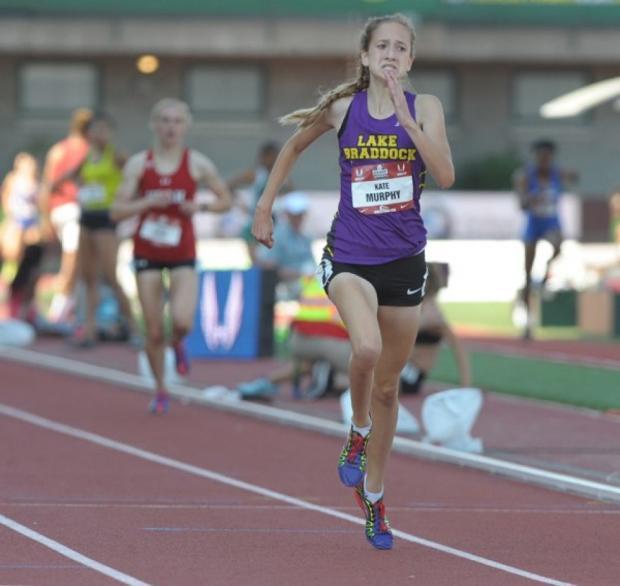 This year has been one heck of a break through for Kate. She went from winning the most improved award in XC to being a state champion in indoors to ranking inside the top 10 all-time in both the 1600 and 3200 in outdoors to now being the Pan American Junior champion in the 1500. She has only begun to scratch the surface of her ability and could be in for another huge break through this season as her teammates are young and talented as well and she will be their leader in hopes of a NXN bid.

Her races though both played perfectly to her style. She is a young racer, no denying that, but also a scary competitor none-the-less. You can see it in her eyes that she hates losing more then she loves winning at times. In both the Nationals race (where she ran the 4:16) and the Pan American finals she got out decently with the pack. She likes to sit a little but and then open up her stride the final 200m. That tactic has worked very well for her and helped her not only win the USATF Junior 1500m National Title but also the Penn Relays 3000m title and the Pan American 1500m title.