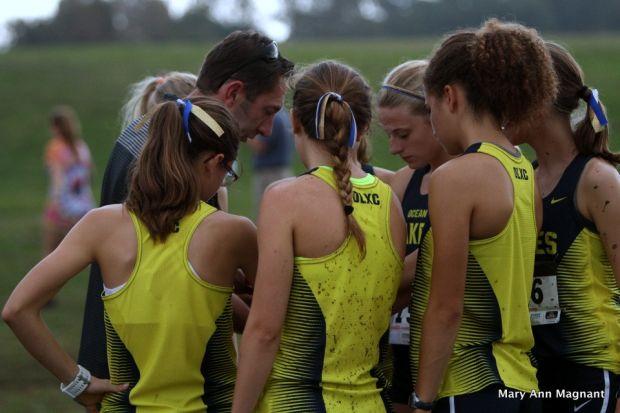 From domination to demoralizing outcomes, this year's regional week was full of drama and dreams coming true. Starting with the largest classifications, 6A, we had some of the closest team races in quite some time. Finishing just today was Ocean Lakes pulling off an upset of sorts to edge out Cosby by a single point. Cosby had been looking strong all season but Ocean Lakes' Madeleine King and Rachel Boyce stepped up big time to help take home the regional trophy. On the boys' side Forest Park took care of business while Rachel Northcutt (Cosby-18:35) and Jonathan Lomogda (Cox- 15:26) took the individual honors.

In the historically dominant Northern Region, teams and individuals did not disappoint. Perhaps the biggest news though from this region was the absence of Rachel McArthur. Due to a nagging injury Rachel was smartly pulled from the race. This move meant her team was missing a huge part and it unfortunately proved too big of a deficit to overcome as they finished 7th in the team race. That placing meant Rachel McArthur was now out of the State Championships and will have to wait a year to defend her title. 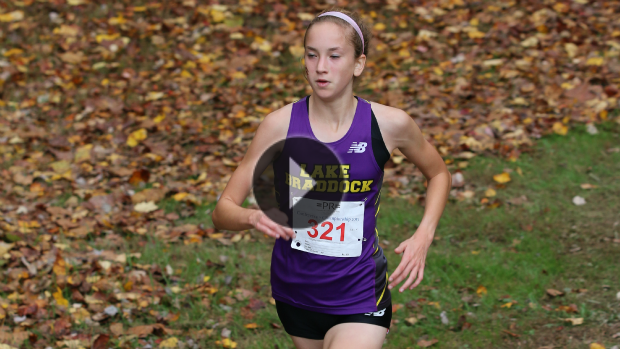 The race itself though was very fast and lopsided as Kate Murphy crushed the opening mile and never looked back. The James Madison crew tried to catch her but Kate could not be caught and easily won under 17 minutes. Lake Braddock then pulled out a slim team win over a very deep James Madison squad that will look to flip that script next week. Lake Braddock also put together one of the best performances in Northern Region history on the guys side scoring a monist 29 points ahead of James Madison's 94! This was tied for the second lowest team score in Northern Region history and in no small part thanks to Colin Schaefer and Ben Fogg going 1-2.

In the 5A classifications things were as close as we expected and then some. This year, 5A has been the classification of close finishes and it is all leading to this and next week. Taking home the team honors were Glen Allen's Boys, Deep Run's Girls, Tuscarora's Girls, and Stone Bridge's Boys. Early season boys' 5A favorites Tuscarora and Thomas Jefferson tied for second at 81 with TJ taking the tie-breaker, this was behind Stone Bridge's 77. Aside from that tie, 5A South also had a tie for second with Douglas Freeman and Hickory tying at 92 points and Hickory taking the tie-breaker. 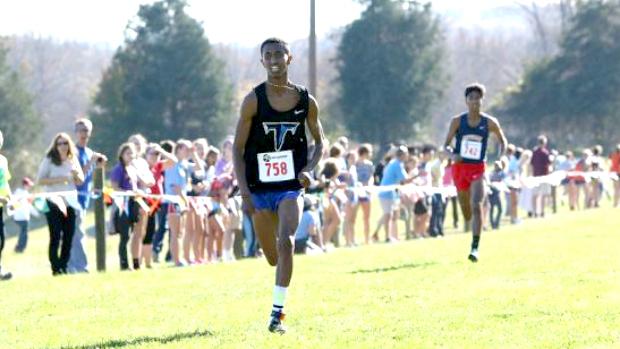 Individually Doria Martingayle (18:18) and Waleed Suliman (15:18) both made easy work of the Bells Mill Park course and their competition in 5A South. In the North region both races went down to the wire. In a huge preview of the state meet George C. Marshall's Heather Holt ran away late from Tuscarora's Emma Wolcott to take home the crown in 18:23 and 18:29. Wolcott was likely not pleased with this time since she had gone 18:15 at the Albemarle Invitational. Both of these girls though will wipe the slate clean and be ready for big things at states next week. In the Boys' race it was Fitsum Seyoum and Saurav Velleleth put a show on that eventually saw Seyoum winning in 16:05 to Velleleth's 16:07.

Video Coverage of 4A West

The 4A regions did not disappoint either and were highlighted by Randy Hahn and Midlothian in the East and then Andrew Hunter and Loudoun Valley in the West. The East also had a superstar performance from Lafayette's Konrad Steck who blazed a 15:08 to take the crown ahead of Hahn. Both of these guys, Steck and Hunter, made strong moves to take the win and led teams that performed very well. On the girls' side Grafton edged out Lafayette and Heritage trounced E.C. Glass for the East and West titles respectively.

The 4A West Region featured much more then state record holder and US #1 Andrew Hunter, it featured the biggest matchup of the year so far in Libby Davidson and Weini Kelati. Kelati took the best of her this week but that script could change at states. Weini ran a great race and visibly was in perfect shape for this race, not to mention is also a lot more used to hot weather then other competitors.

In 3A it was the all Blacksburg show as they swept the team titles in the West while Western Albemarle was second in both. On the East side of things Warhill took the boys and Brentsville took the girls in somewhat of close races. Individually Gannon Willcutts (Western Albemarle) and Lindsey Blanks (Tabb) ran away from their competition by a long shot while Sophie Link (Blacksburg) and Andrew Carlin (New Kent) both had to work until the very end for the title.

Maggie Walker dominated, and we really mean dominated the 2A East while going 1-2 in both races. Winning these two races were Ryan Buscaglia and Emma Call who now enter the state meet as the favorites. In the West John Easton(Lebanon - 16:04) ran a huge pr to upset Sidney Allen (Martinsville - 16:11) and Chloe Phillips (Floyd County - 19:27) both ran full races to come away with the victories. Floyd County, Maggie Walker's closest competition also had a sweep of their own by winning both West races by a combined 52 points. 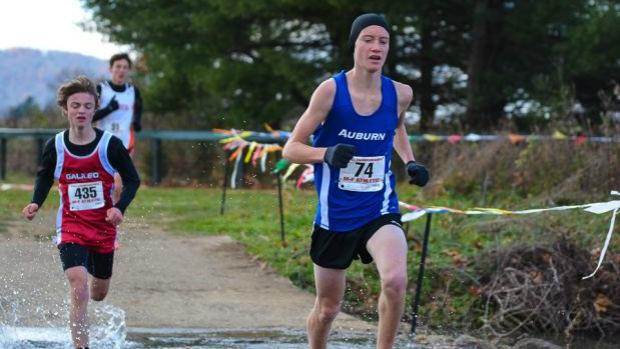 Auburn's boys had a closer race then they would have liked to down in 1A West as they had their hands completely full with Radford. Their counterparts and rivals this year, Altavista, took care of business in the East to set us up for a big three way showdown at states on the boys team side. Radford's girls team, the two-time defending champs, and Mathews' girls team came away with solid victories as well. Trevor Dominy (Auburn), Mary Elliott (Radford), Gavin Jenkins (Rappahannock County), and Julia Wood (Rappahannock County) all walked away with individual titles.

6A North Girls: McArthur Out; Braddock, Madison, Oakton Best Three Teams in 6A?

6A South Boys: Lomogda Ready for The North

5A North Girls: Holt & Wolcott Battle On The Hills

5A South Girls: Deep Run is Back!

5A South Boys: Glen Allen and Suliman Are The Real Deal

4A West Girls: Kelati & Heritage Are The Running Pride or Pride of Running

3A West Girls: Blacksburg Better Then We Thought?

2A West Boys: Floyd County Runs Away With Title

1A East Boys: Alta Vista Is No Longer The Dark Horse

1A West Boys: Auburn Survives Scare A Little Too Close To States