Loading
<p> Here are 10 stories from the 2015 XC season in Virginia. Not every story would be your average headline to culminate the season but with every season comes some great stories that deserve just a little more attention to highlight how awesome this season has been for so many people.&nbsp;</p>

There are tons of headlines in any given season. On top of those headlines are hundreds of stories told this season. This series seeks to sum up the season in a different way by sharing awesome stories that haven't been told yet. 10 Stories of the season. 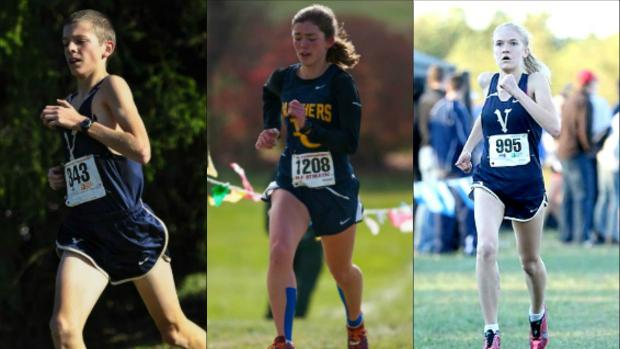 Conveniently the third stories in our series is actually three stories in one. This story is about three athletes that did something very few have ever done and that is to win three state XC championships. It is no easy task to complete a three-peat and one of these athletes actually has a chance at a four-peat!

To put this in perspective, there are 16 state championship races in Virginia. Next year there are only four individuals who have a chance at either winning a third or second of three state XC titles. In 5A both Heather Holt and Emma Wolcott will battle it out with one title each through their sophomore year, in 4A Libby Davidson will be going for her third title in four years and in 3A Blacksburg's Sophia Link will be going for her second title as a sophomore. As you can see it is nearly impossible to win those titles and to be prepared for athletes who may move to the state or change classifications.

These athletes that have defied the law of averages and simply dominated the sport are Miles Clikeman, Morgan Lewis, and Julia Wood. They are only joined by Andrew Hunter as athletes who have completed a three-peat in the past 9 years.