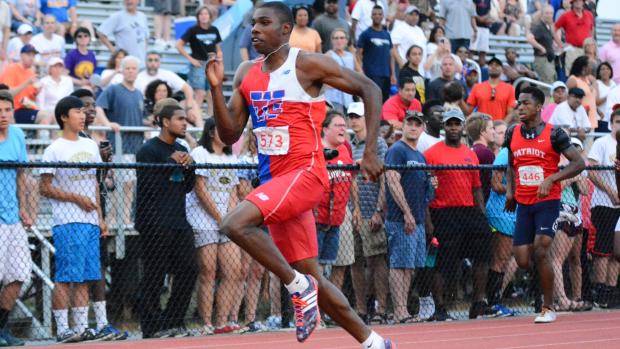 Over the next 11 days the eyes of the entire track & field world will be on the US Olympic Team Trials out in Eugene Oregon. Competing there will be 15 athletes from Virginia in 18 declared events. The Virginia contingent represents athletes who go all the way from the favorite to the final qualifier.

It is going to be a huge week and a half for Team VA as these athletes attempt to make their first (or in Queen and Francena's case) second, or even third (LaShawn Merritt made the 2008/2012 teams) US Olympic Team.

This is a team that is more dominant than Lake Braddock at XC or Western Branch in track... this team represents a country of 300+ million people and comes to win when track is involved.

Aside from the Jamaican 100m trials, this is the hardest team to make in the entire world. Some events, such as the 400 or 200 are so tough that if you make the US Olympic team you are almost guaranteed a spot in the Olympic final.

Over the next few pages we preview the athletes who will represent VA at the trials based on the event type they are in.