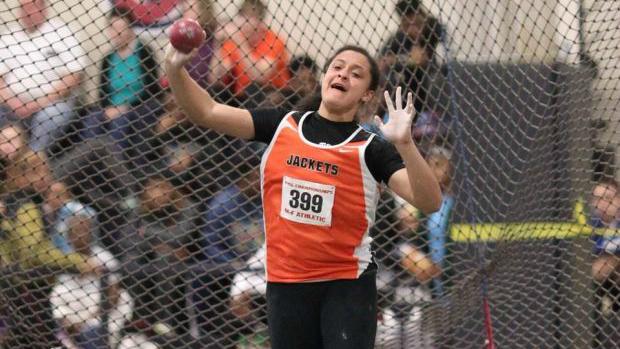 Track season is here and we are counting down 10 of the biggest stars returning this season. This list does not include XC athletes and only includes athletes who are track specific athletes.

Counting Down The Top 10 Track Stars

Here is some inside scoop for you. Alexis Clark is the real deal and going to have a huge year. She has already thrown 45-4.5 indoors and even threw 47-2.5 outdoors. Those marks put her at #9 and #4 all-time in Virginia for both seasons.

She is definitely one of the best all-time already and only just now starting her junior year. Though those stats are great, the most impressive and most telling stat is her 100m pr of 12.28. That stat shows she has a lot of speed and more importantly, explosive power. That means she could be in store for a huge mark this season.

Shot put is not all about just heaving a heavy ball, its about form and putting nearly a dozen things into a three second glide or spin. If she puts it all together this season will see the state record fall. But the real kicker is knowing she is just now starting major strength training. Yep, she is #4 all-time in Virginia outdoors and is just now starting to even touch her potential and training.