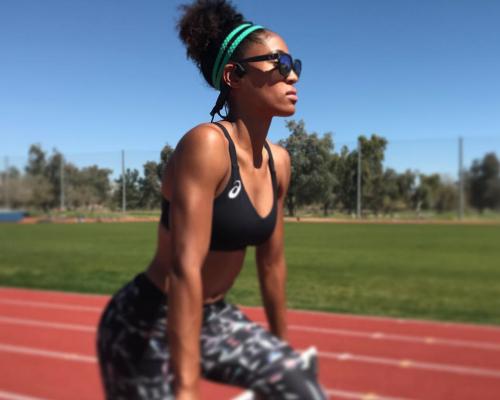 What is your meet? Describe it in your own words.

It's really a one of a kind and unique experience. The plan is for it to be a means to showcase the talents of so many young women who are the future of our sport.

In my career as a T&F athlete (high school - now) there were so few female role models to look up to. Though there were some stars, they just were not consumed the same way as other celebrities. When I realized I had become one of those people who kids look up to, I knew now I have a duty to elevate and bring more women to who they are/can be.

I originally wanted to do track camps and wanted to target the female audience but since I was a competitor, what better way to get exposure than a competition. The Queen Track Classic thus was created.

I want to incentivize more girls to be confident as strong & powerful and show them you can be sweaty, muscular, and fabulous.

The more lives I can touch and to help feel comfortable then I feel like I am giving back to our sport and my state.

What made you come up with this idea?

It began with how can I give back to my hometown (Richmond) and a sport that has gave me so much. T&F has a lot to do with giving me happiness in life. Hermitage high school, Virginia Tech, Richmond, and Virginia all have played an integral role in my life.

I wanted to basically pass the baton to the next generation. After talking with friends, fellow athletes, and family members to get their feedback and figure out if the guys would get mad at me since it was only for girls the idea was born.

I got so much positive feedback and everyone was on board with the idea. Asics (her professional sponsor), FloSports, MileStat, and MileSplit all helped support this and say this is needed in T&F. That was the final stamp to say lets get this going! 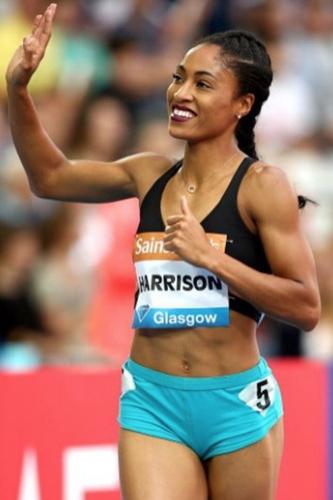 A lot of people could be put off by a meet like this, what is your response to those people and criticisms?

I'm hoping instead of people looking at this as a negative that they look at it in a positive way. Track is a coed sport, it works as a coed sport but I think looking at with a fresh pair of eyes is a good thing too. I don't want this type of meet to replace coed as the norm but think we should look at things differently at times and elevate some young ladies to get exposure to the highest level.

It's about combining passions: T&F, uplifting & elevating women, and having fun all wrapped into one.

If you are against it, come out and see what it is all about and why it is necessary in this day & age.

The 100mH has one the deepest fields in the world & US. It is a hotly contest event (so tough that even the World Record Holder Kendra Harrison didn't make the Olympic team in 2016) that brings so much excitement to the sport and even though that is the case, it is not paid on the same level as other male events. Instead of complaining about the price and appearance fees, instead of trying to pin the guys against the girls to get the same level of attention, lets just remove the guys and step away and see what that looks like. Let these women know that these people are coming to see them.

I want a platform for these young women to thrive in the spotlight, a spotlight where they are often overshadowed when their male counterparts are present.

You are definitely a celebrity in track & field. You then became a worldwide celebrity when two-time silver medalist Will Claye jumped into the stands at the Olympics after winning a silver triple jump medal and proposed to you (She said yes). Will Will be hosting a meet in the future? Maybe a jumpers meet?

That is exactly what he is considering. He is however more interested in street meets. He is very busy right now so I will help him navigate some of those hurdles and after this first year of the QTC we will work on it. His meet though will likely be youth all the way up to professional.

He is extremely supportive and likely will be front & center along with some football friends at the QTC. He is the type of guy that wants to be there and be supportive. Maybe he will give out the triple jump awards.

You're a professional hurdler, VT school record holder, NCAA Champion, meet director, Olympian, and have many other titles. Which of these titles or maybe another one do you take the most pride in?

Woman. Woman is one of my favorite titles because it talks about the struggle but also the strength. It embodies the many facets of what being a woman is and I am really proud of that title.

Athletic wise: You're 10th in the world right now for 100H, what are your goals this season? 2020 Olympics thoughts, goals?

My first goal is to stay healthy. I opened up this season stronger than ever before so I am very excited about that. I always have been a run from behind hurdler and have been working on my first three or four hurdles. If I am in the lead thru three hurdles, it is going to be a problem for them (other pros).

I won't be young in 2020 like I was in my first Olympics in 2008. I will be mature. That late 20s-early 30s for hurdlers is when a lot of ladies win their first gold medals. I am still young but also mature. It is a great combination of being young and strong. It is grown woman strong as we like to call it getting into your early 30s.

I want to finally get that gold.