The battle for the title as VA's biggest sophomore star is on again. Mills Godwin's Britton Wilson and Nansemond River's Kori Carter both heated up that battle as they took home sophomore state records this weekend at the Dogwood Track Classic.

First up was the Girls 100mH final that featured Kori Carter and senior star Lauren Hoffman (Battlefield). As you will see in our practice visit with Nansemond River, they train to get faster thru the hurdles and that is just what Kori did over the final three hurdles. She closed strong and finished with a new VA sophomore record and VA #1 13.91. That time is also VA #15 all-time. Hoffman's 14.02 is VA #25 all-time. 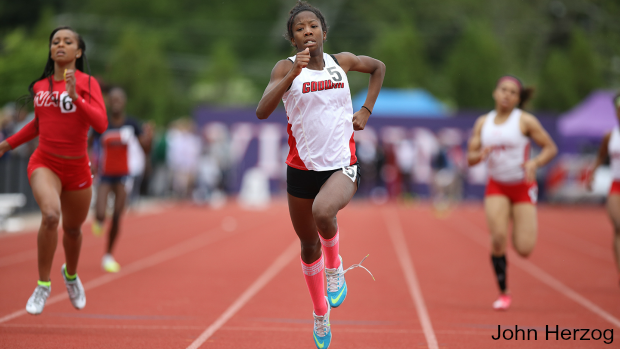 Just a few hours later it was time for Britton, national sophomore indoor record holder Britton Wilson to take to the track in the 400. She too had a tough opponent to beat in State Record holder Syaira Richardson (Nansemond River). Britton made quick work of her record holding competitor to the tune of a 53.63 to take down Destiny Ward's sophomore state record. 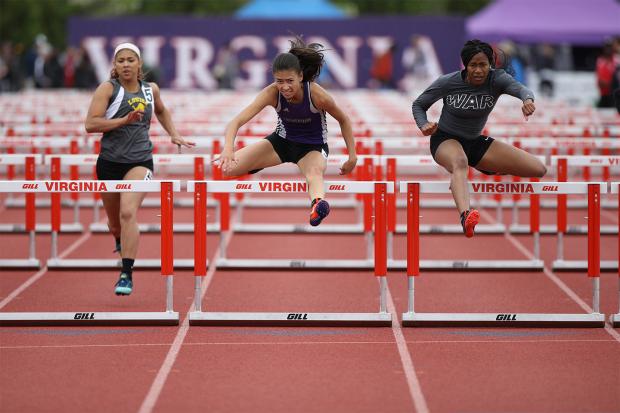 Following that event we then got to see another historically great showdown between Hoffman and Carter now over the 300m hurdles. More distance and less barriers seemed to help Kori even more as she threw down a 41.93 performance to take down Sheena Johnson's (Gar Field) 19 year old state sophomore record of 42.19.

Hoffman was a close second in a VA #15 all-time performance of 42.50. Carter's time ranks 10th all-time in the state. Hoffman who is also one of the highest ranked 400m hurdlers in the entire nation seemed to have fun on twitter with the fact she finished second in close finishes twice in one day.