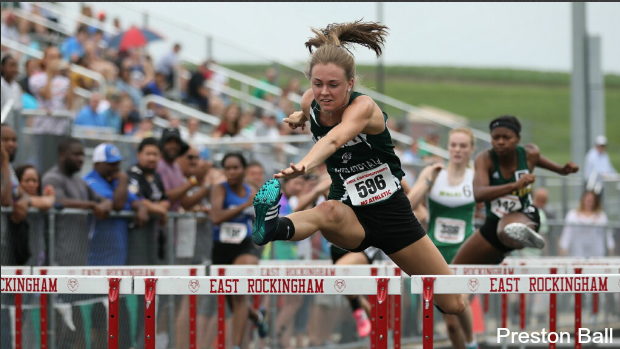 Wilson Memorial superstar Emilie Miller just won the weekend. Now only did she score a monstrous 58 points but she also won her team the team title. She won the 100H, 100, 200, pole vault, triple jump and finished second in the long jump.

Despite rainy conditions all weekend Emilie made it clear she was there to win. Not only individually but as a part of a team as well. They finished second indoors but the added hurdle event definitely helped them this weekend. Emilie's little sister, Paige Miller, took home the win in that event and also a third in the high jump.