In this new feature, we are going to be looking back each week at some of Virginia's GOATS (Greatest of All Time). The first athlete and GOAT we are looking at this year is Bethel's Francena McCorory.

Take a trip back to 2006. Francena McCorory entered her senior season as one of the biggest stars in the entire nation. She had personal bests of 6.97, 11.68, 23.22, 37.60, 55.93 and looked better than ever. She also had a staggering five individual state titles and a couple team titles to go along with them.

Indoor season though is where things changed. She opened her year strong and by the new year she was on another level. Those next three months changed her life and the record books.

January - She headlined a stacked field at the Virginia Tech Premier Invitational and once the gun went off she was out! She sprinted around Rector Field House's track and crossed the line in a 36.96. That time not only was a state record but also a national record until 2017. 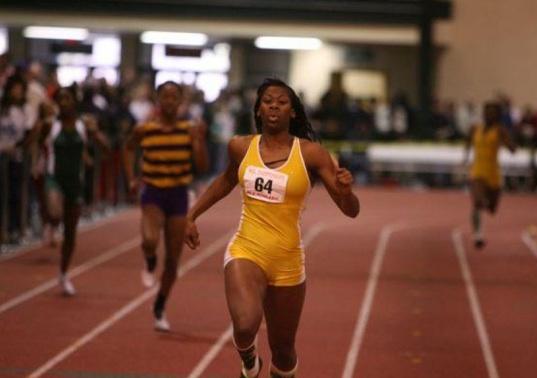 February - States was a few weeks away but that didn't stop her from making a statement at the Eastern Region meet at CNU. In that meet she not only set the state record of 6.86 in the 55 but also ran a blistering 1:11.97 meet record in the 500. That was only the third time she had ever won that event.

March - To close out her huge three months she dazzled the crowd up at the PG Sports and Learning Complex in MD with a 51.93 national record in the 400. Breaking Sanya Richard's previous record.

One of her best accomplishments though has always been facing adversity head on and giving back to her community and those around her and still to this day she is a vital part of the Virginia track community.

She is truly one of the Virginia G.O.A.T.'s