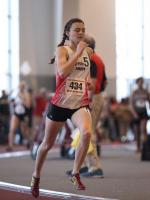 Coaching State Champions: Jerome Loy (Jefferson Forest)
It was a dozen years since the Jefferson Forest girls won their last state title back in 2001 with a nationally ranked squad led by the Saunders twins, Shannon and Kristin. On the sidelines of ...

Swiney & Saunders are King & Queen of the Hill in Brist...
Both juniors Brad Swiney of John S. Battle and Erin Saunders of Jefferson Forest were champions at Saturday&#39;s Run Fer Da Hills at South Holston Dam in Bristol, Tennessee with the 2013 Group A stat...