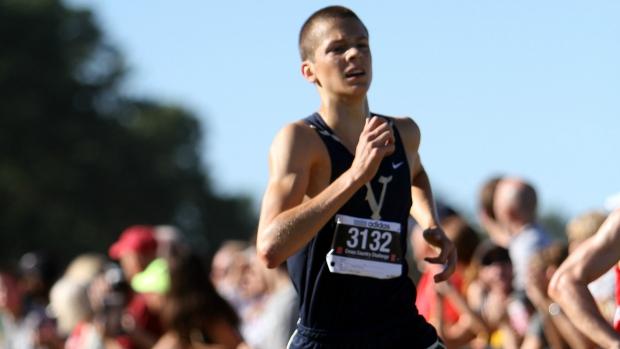 Some of the more exciting and close races of the weekend and of course infamous Friday the 13th will not take place at Great Meadow but rather at Fork Union Military Academy in the foothills of the Blue Ridge Mountains. Over 3.1 Miles and four races we are all in for quite the show.

Headlining this show have to be the duo of Morgan Lewis and Miles Clikeman of Veritas who are both two time VISAA D2 state champions. Morgan was the champion her freshman and junior years while being 3rd her sophomore year while Miles was champion his sophomore and junior year and runner-up as an 8th grader! These two teammates enter as the defending D2 champions but have their work cut out for them this go around. 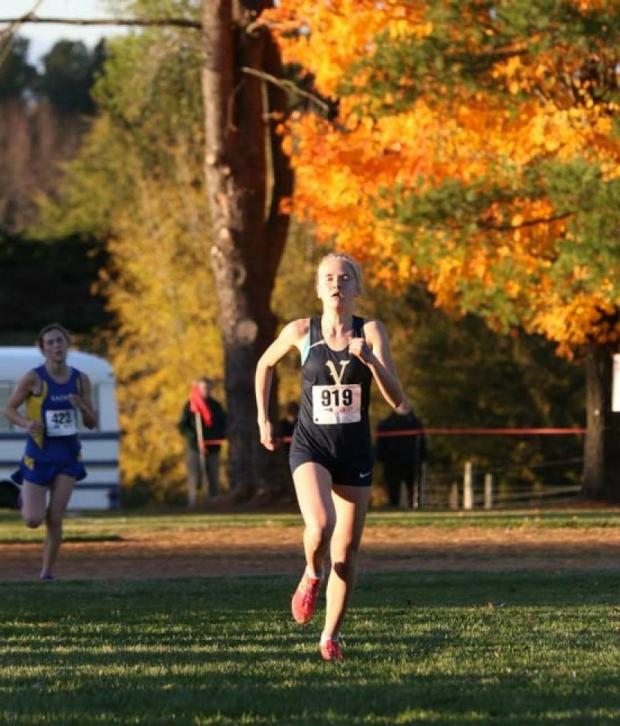 In the Girls D2 race (smaller schools) leading the way this season by just fractions of a second is Chandler Bergeron of Nansemond-Suffolk Academy at 18:22.24 with defending champ Lewis at 18:23. This will make for quite the race between a girl that has been runner-up so many times and the veteran champion. Both are amazing runners and it is going to take their best race of the season to come away with the title this weekend.

After these two girls comes a pretty large gap back to the other top runners but that will make for some great team finishes. Coming in the next wave of athletes are Peyton Harrell (Nansemond-Suffolk) and Isabelle Oliver (Trinity School) both at 19:19. Just two seconds behind them though are Camryn Mann and Delaney Riggs both of Walsingham Academy.

Walsingham were the team champions in Outdoor Track but runners-up a year ago in XC. This year they enter the meet as a strong favorite over Nansemond-Suffolk and defending champs Peninsula Catholic. As we all found out last year, this is why they run the race!

On the boys side of things it is looking like it could be a historic rout in favor of Peninsula Catholic. They bring to the meet the #2,#4,#5,#9,and #10! This group will look to even score better if they can work together down the final stretch. Leading them is senior Max Weidman who has a season's best of 15:58. His next two teammates in the ever important 2-3 slot are Troy Gustke and Andrew Via both at 16:16 and 16:18 respectively.

Breaking up the Peninsula Catholic party this weekend is two-time defending champion and now senior, Miles Clikeman of Veritas. He enters the weekend with a VISAA best time of 15:29 way ahead of any of his competition. Thankfully it seems he has shaken off his injuries from two years ago and finally gotten into form again. This should be a great race to watch as it is his final VISAA run.

Also breaking into the conglomerate up front is Mathias Cannon of Walsingham Academy who enters the weekend having run a D2 #3 best of 16:07. His teammates will have to get every point they can to get the runner-up trophy and hold off a strong unit from Trinity School who will be looking to move from third to second.

In the D1 races things are going to stay just as exciting. Trinity Episcopal's boys team will look to better their D2 competition though and score even lower then Peninsula Catholic. Entering the meet and using our virtual meet function it looks as if they will score 46 points compared to Peninsula's 30. A few moves here and there and we have a showdown! This stacked team is led by Cole Shugart (16:14), Steven Jean (16:21), and brother Nick Jean (16:23). This front group will likely work together but in the end make it an individual race as all of these guys who are ranked inside the top 8 will be going for individual glory as well.

Chasing them in the team competition will be Bishop O'Connell and Collegiate. 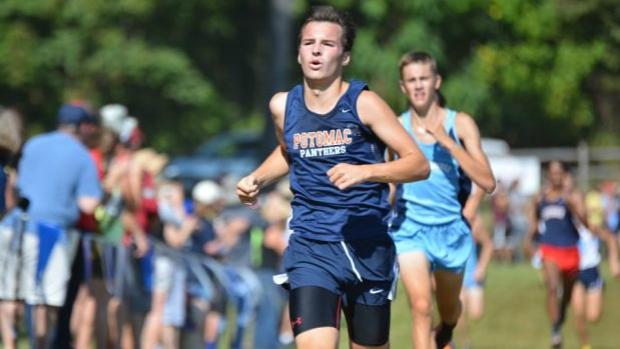 Individually this race could a great one as well with five seniors within 25 seconds of the lead. Leading the way is Kyle Sanok of The Potomac School with a very fast 15:45 to his resume this season. Andre Gallant of Saint John Paul The Great isn't too far behind though with his 15:57 season's best on a much slower course.

These two are then joined by Alex Lomong (FUMA), Kevin Dannaher (Bishop O'Connell), and Joey Cuevas (St. Christopher's) all at 16:10 or faster.

In the final race of our preview we are in for quite arguably the closest team and individual battle of them all. For teams it is too close to call between Saint Catherine's, Norfolk Academy, and Bishop O'Connell. Though Bishop O comes into the meet as the favorite, you cannot discount what these other two teams have done all season or the fact that Saint Catherine's is the defending team. This race will come down to the fifth runners but of course starts with the first runners.

Fighting at the front will be girls from all three schools all vying for team and individual glory. They are all chasing Maddie Hunter of St. Anne's Belfield who has run a VISAA leading 18:07 this season. Just behind her though is Julia Lambert of Norfolk Academy at 18:10 who is then followed by Rachel Granovosky (The Potomac School) at 18:33 and Isabell Baltimore (Bishop O) at 18:38. Saint Catherine's top runner is Izzy Lebay who is seeded 6th at 19:27.

Regardless of who you are cheering for or who you think will win, this weekend and slate of races are going to ones to remember.