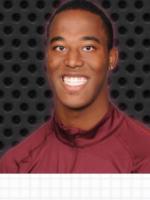 MileStat.com Elite Track Coverage...
Several meet records could be in jeopardy in this year&#39;s Gala, which is the 7th annual edition of the event after taking a one year hiatus in 2012 following a storm shortened meet in 2011. We expe...

Regional Championships Results & Coverage...
We are deep into championship season with regional week, which means the sport&#39;s rules will be enforced more closely than during the regular season. Coaches are reminded to go over wit...

Looking Ahead to Next Year's New 6 Class System: Sectio...
There are no actual sectional meets this week, but around this time next year, there will be a much different look to Virginia high school track & field as a new grouping of teams w...

5/20 Group AAA Regional Rankings...
Regional rankings for Central Region, Eastern Region, Northern Region, and Northwest Region in Group AAA based on performances in the MileStat.com database as of May 20th. Two of the state&#39;s best ...