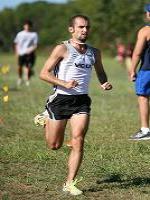 Coach Morgan's All-Time Greats: Top 50 Midlothian Boys ...
The Midlothian boys cross country program has produced many great runners over the last 15 years. Let's take a look at how many with a top 100 list of fastest 5K performers since 2000....

Yes Virginia, there is a national editor at MileSplit!...
It was December of 2000, and Brandon Miles was just a sophomore at Jamestown High School in Williamsburg, VA. ...

Great Meadow State Course Map & Video Tour...
The same course at Great Meadow will be used both days (Friday & Saturday) for this year&#39;s VHSL State Cross Country Championships. The same course used last year and the past several years for the...

The Right Stats...
MileStat.com and webmaster Brandon Miles were featured in this year&#39;s "R U Ready" magazine, which is a magazine distributed to high school sophomore students in career and technical education cou...
The last of the district XC championships as we know it...
On Saturday with the conclusion of the Colonial District Championships at Pole Green Park in Mechanicsville, it will be the end of district week for the 2012 cross country season and as we know it for...
Always run through the line!...
Thanks to a video submission by a site user, everyone can see why you should always run through the line in every race including the 3200 meter run. Despite a 63 second lap at the 2003 Dogwood Track C...
2004 Virginia Division III College Men\'s XC Preview...
Christopher Newport University will enter the 2004 Cross Country season with a giant target on their backs and they wouldn...