Here are the top races were are watching this weekend at the state meets. It took awhile but Lily Guinn is back in action and has officially made it a three girl race for the Class 5 title this weekend. She joins Sidney Walters (Deep Run) and Elly Velasquez (Glen Allen) whose teams are quite the rivals.

Walters and Velasquez have run 17:53 and 17:57 this season in the same race while Guinn didn't race at all until districts when she threw down a 17:34. All three should be ready to run at Oatlands in what should be a fun race considering Guinn loves to go out hard, the question is will anyone be able to catch her this time. 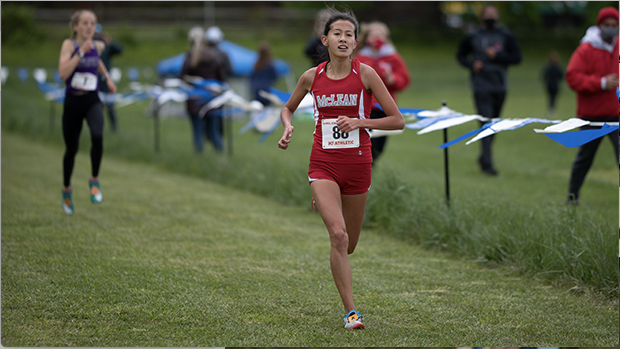 This race is one we are used to. They go back and forth at different meets and for quite a few state titles. Both Thais Rolly and Gillian Bushee are having stellar seasons that should see them making national teams but first up will be the state meet this weekend.

Talent wise, we'd say these athletes are equals. This race will come down to moves and who is on their best "A game" on the day itself. As the saying goes, too close to call. Atop the Class 3 boys leaderboard this season are four boys separated by just four seconds. Leading the way is Lawson Mecom followed by Bazil Mathes, Jack Bundy, and Rives Boltwood. Those are just the top four, there are also another six boys who could legitimately win this race.

Out of all the races this weekend, this one is the most up for grabs. Finally we get to our most anticipated matchup between teammates Maddie Gardiner and Reese Dalton. These two have gone back and forth this season and over the past three years. This one decides it all, at least for XC.