MileStat.com is gearing up for on-site coverage at both VHSL State Indoor Track & Field Championship meets to be held this weekend with Group AAA as a two-day meet on Friday and Saturday at the Boo Williams Sportsplex in Hampton, while Group AA is a one-day meet on Saturday at Liberty University's Tolsma Track Center in Lynchburg. Breaking away from the traditional state meet coverage routine from years past which MileStat.com's Brandon Miles provided on-site coverage at only the Group AAA state championships for both days with freelancers at Group AA. This year, the MileStat.com founder will go back to his Group AA roots and beginnings (MileStat.com was started 11 years ago by a sophomore at Group AA's Jamestown High School) in covering the meet in Lynchburg on Saturday (but will still be covering day 1 at Group AAA on Friday). Nonetheless, MileStat.com will still have photo and video coverage at Group AAA for both days though from Ryan Kelly (photo) and Ron Bayton (video). Coverage team at Group AA will include Andrew Kicinski (photo) and Miles (video). 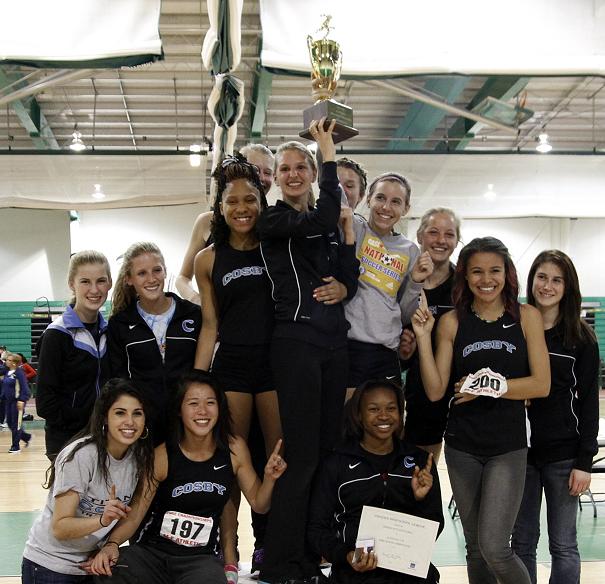 The Cosby girls needed more than arguably one of the best distance triples ever in the VHSL State Indoor Championships history from Megan Moye in order to knock off the heavily favored and defending state champions from Western Branch. However, Moye did her part with a 2:07 anchor leg on the 4x800 meter relay to bring her squad from 7th to 1st place in making a gap of over 80 meters. The 64 second first 400 meter split from her 4x800 leg showed little effect or fatigue for Moye in her races on Saturday as she defeated a 800 meter national champion in Kimberley Ficenec for the 1600 meter title in 4:53 and a Foot Locker Cross Country All-American in Sophie Chase for the 3200 meter title in 10:25. Cosby added 6 points with a third place finish in the 4x200 and Moye got more help from teammates Logan Edwards in the shot put (6th) and Alex Moseley in the 500 meter dash (4th). They needed more points to clinch it for the Titans and they got it from their 4x400 meter relay with Moseley on anchor. Cosby held off a late charge from top seed Bethel and 500 meter state champion Maya Moore to win the event in 3:53.36 and become the first Central Region girls 4x400 indoor state champions since John F. Kennedy High School in 1995. Cosby becomes only the fifth Central Region school to win the indoor state track girls' team title.  Final score: Cosby 54, Western Branch 50. (Photo by Ryan Kelly) 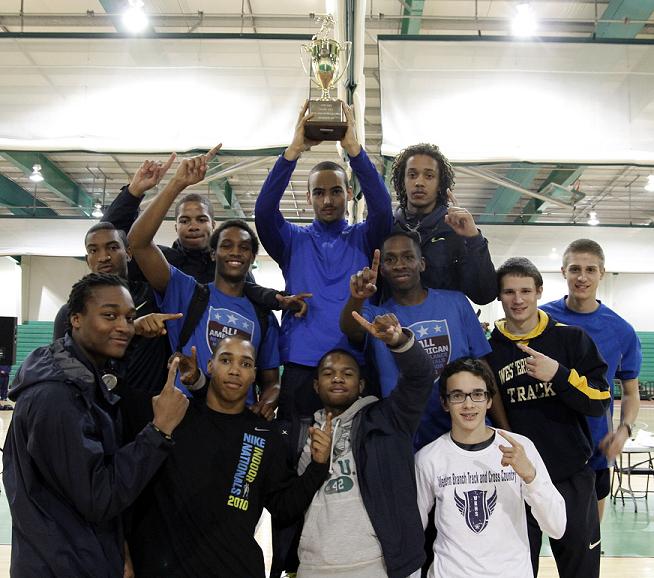 Western Branch boys set the tone for the rest of the meet in the 55 meter hurdles prelims on Friday when they had heat winners in the first 3 heats of the event with Jamal Burris, Aaron Simpson, and Christopher Crawford. With four of the 12 finalists in Saturday's hurdles finals, the Bruins were bound to rack up some points and they did with a total of 13. Their fast start in hurdles allowed them to have the team title already well in hand before the 4x400 meter relay which their top seeded relay didn't even get a chance to race and add more points after a false start. Runner-ups Chris Crawford in the long jump and Byron Robinson in the 500 as well as third place from Josh Marriner in the 55 dash finals were their top individual performers along with a big 10 points from their state champion 4x200 relay which clocked the state's fastest time of the year at 1:30.16. Every point counts at a state championship and Western Branch received a single point from 8th place finishes in the sprints from Mondryl Glover in the 55 dash, Devante Cherry in the 300, and Corey Jones in the 500. Under head coach Claude Toukene, Western Branch has won four of the last six indoor track boys' team state titles - 2007, 2008, 2010, 2012. (Photo by Ryan Kelly)

Race Videos by Ron Bayton - All videos to be uploaded by late Sunday night. 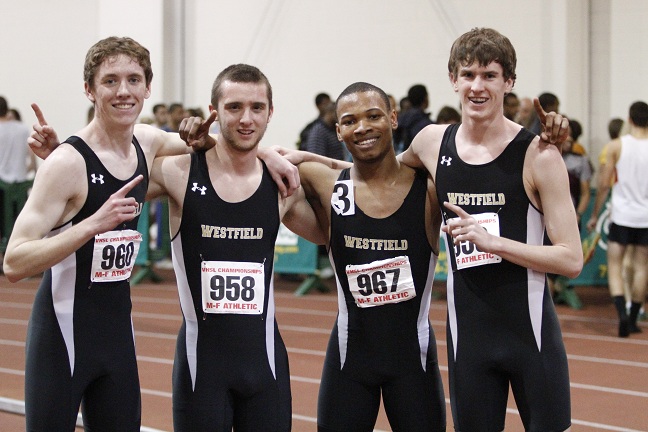 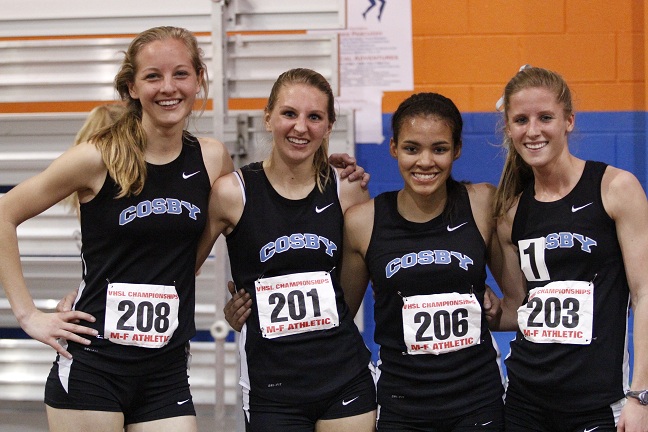 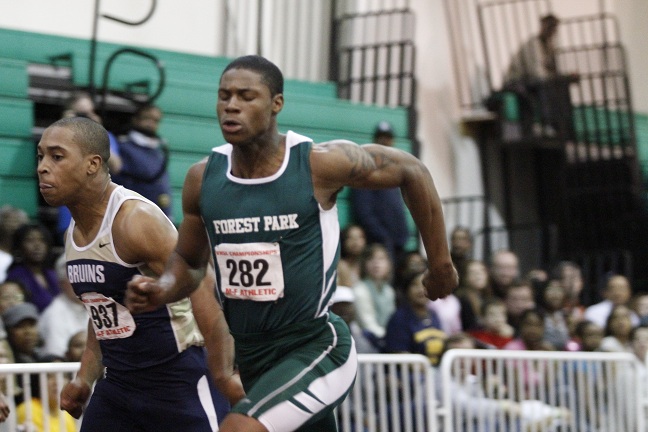 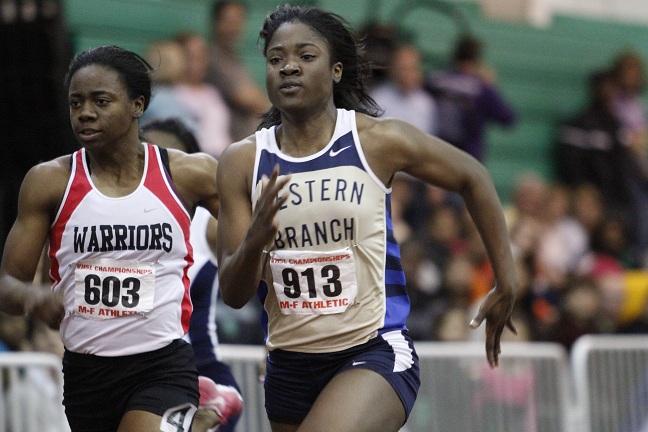 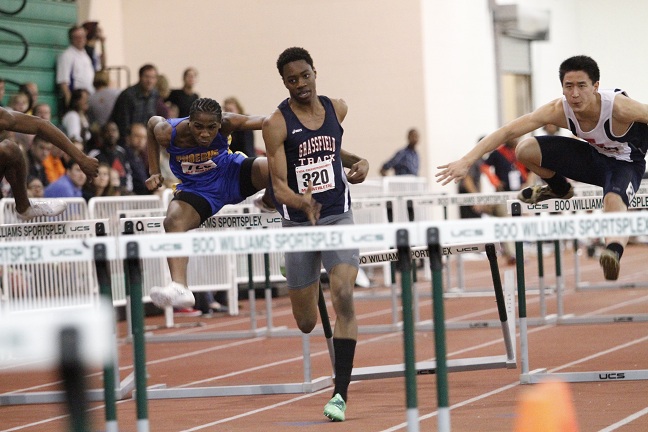 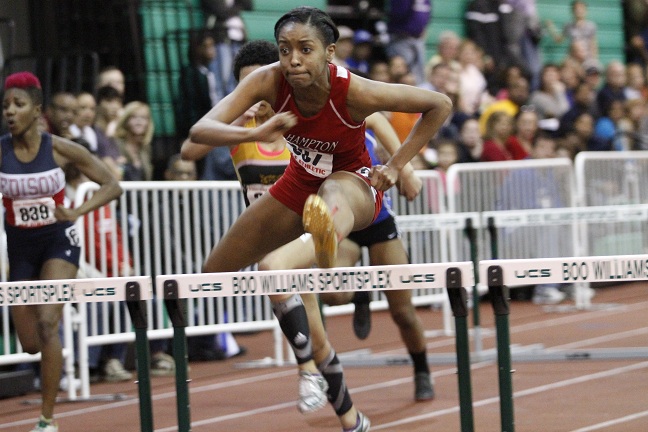 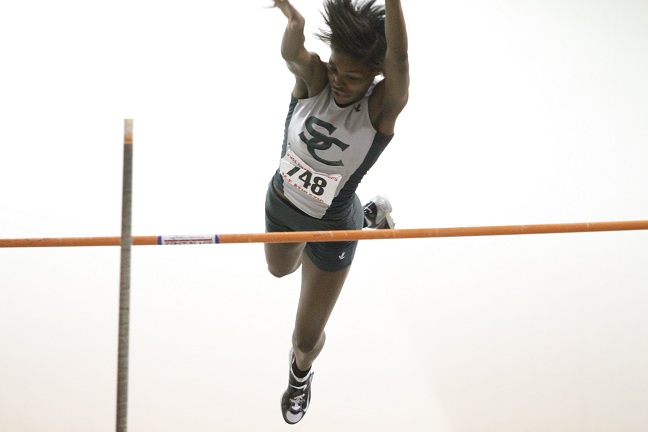 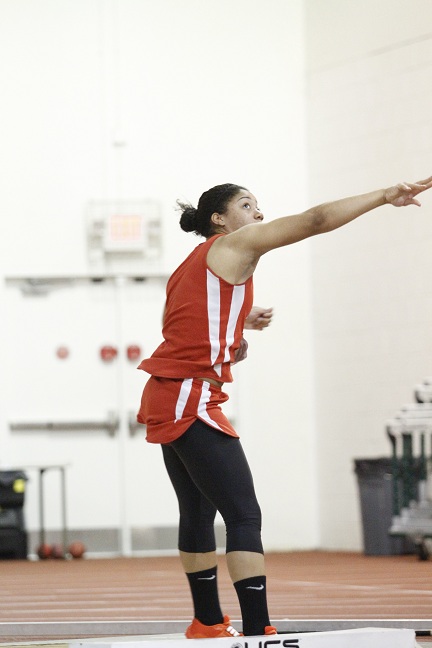 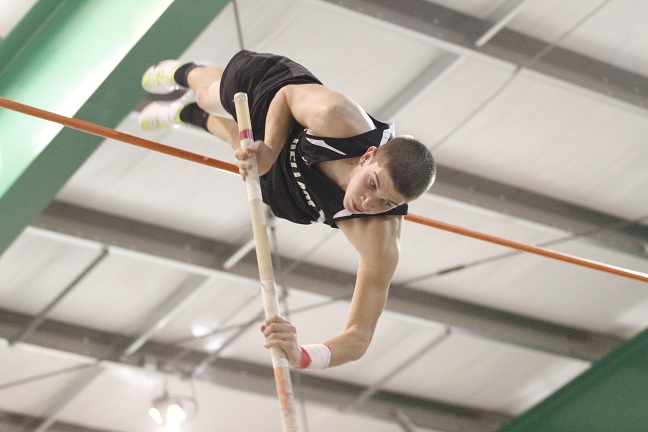 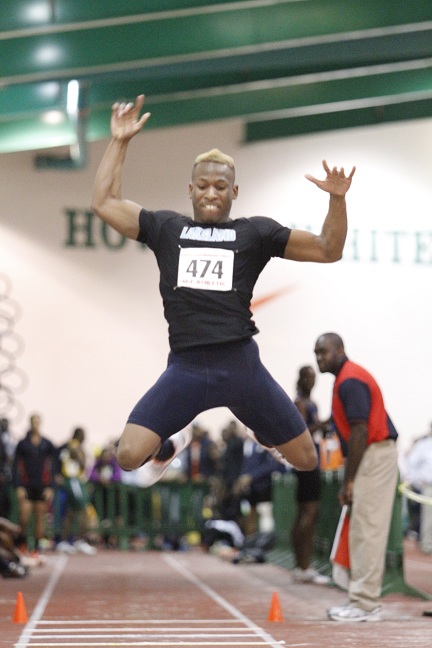 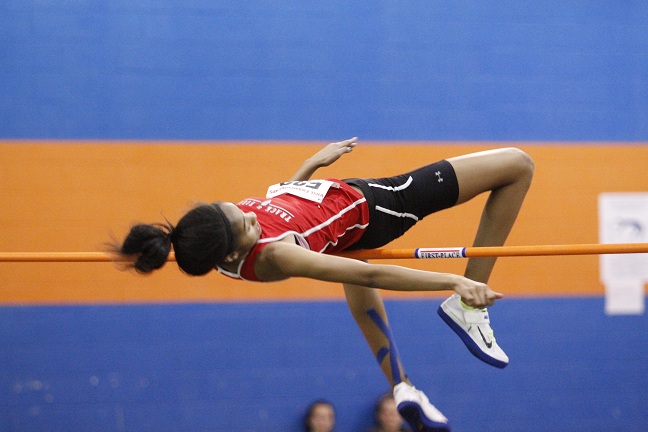 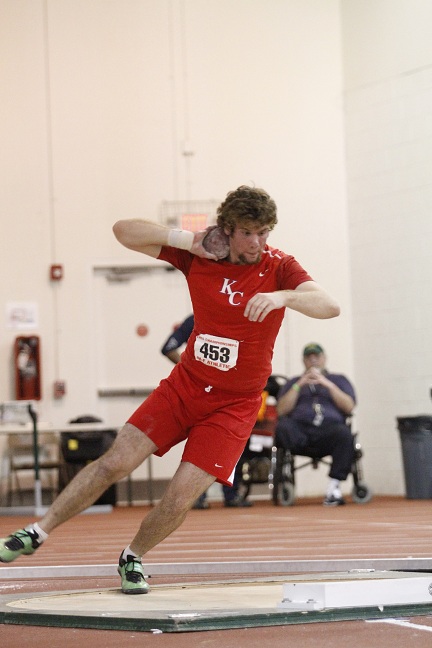 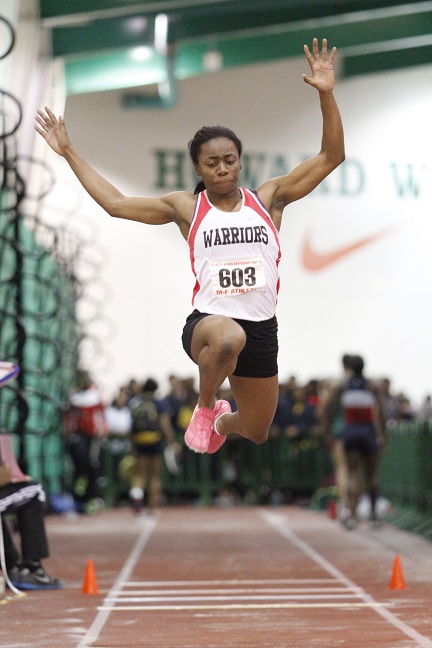 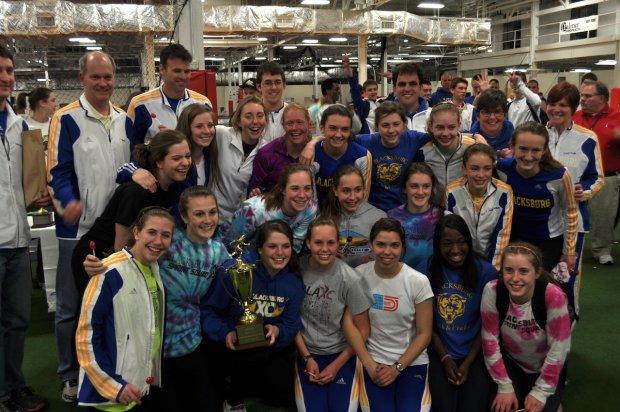 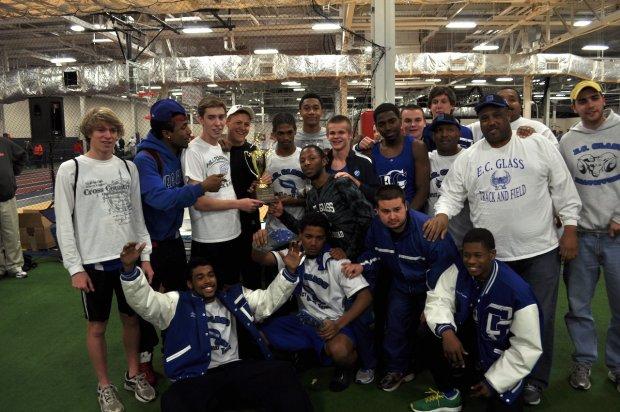